Marijuana or cannabis sativa, also known as ganja or weed is one the most common subject of debate among people in India these days. Some argue that it will be beneficial to make Marijuana legal in India while some say it will cause havoc in the country and people especially youth. Currently, it is the most commonly used illegal “drug” in the world with people consuming it in some form or the other every year. And this debate to legalize Marijuana has been going on for ages.

How Does Marijuana connect with religion?

Use of marijuana in India has been historically bound to faith and mysticism. It is also associated with the Hindu God, Lord Shiva. It is said to be a drug that helps the user attain “ecstasy in the original sense of the word”. In a Hindu dominated country like India, festivals like Holi often involve marijuana or ‘bhaang’ consumption as a refreshment.

Marijuana in India vs. The US and other nations

Under the laws governed by the Narcotic Drugs and Psychotropic Substances Act, 1985; the consumption of Marijuana or weed in India could lead to a jail term of six months or a fine of Rs 10,000. A person can be punished with a jail term of up to 10 years for illegal production and cultivation. Nevertheless, cannabis in India still dominates illicit drug trade across the nation.

Whereas, more than half the states in the US and 16 other countries around the world including Argentina and Australia currently allow the use of marijuana for medical purposes, particularly for treating chronic pain, nausea after chemotherapy, epilepsy, and symptoms of multiple sclerosis.

The implementation of stringent narcotic laws in 1986 made the sale, consumption, production, and transportation of marijuana illegal in India. But after resisting the United States’ pressure for 25 years, India finally clubbed marijuana with other hard drugs. The truth is, marijuana is technically not a chemical drug as it isn’t chemically synthesized like hard drugs including cocaine, meth, etc.

Why should Government make Marijuana legal in India?

After having an intense debate with a few people and researching on the web, I have listed down 5 major reasons to support the argument of making Marijuana or weed legal in India.

1. It will eliminate illegal trade and associate crimes

Making Marijuana legal in India will replace the black market production and distribution with an ‘overboard industry’. But, specific rules and laws will suppose to be implied in the trade. This will shift the trade in the right hands say the government itself, farmers, merchants and retails clerks. This way, the government will completely abolish the crime associated with the drugs.

An epidemiological study showed that only 9 percent of those who use marijuana end up being clinically dependent on it. On the other hand, the comparable rates for tobacco, cocaine, and alcohol stood at 32 percent, 16 percent, and 15 percent respectively. Hence it can be concluded that marijuana has the least likely chances of addiction by the user.

By making Marijuana legal in India followed by tax imposition on its trade, the government can curb crime and terrorism funded by drug cartels. Moreover, it will definitely increase government’s revenue. One strong example is Colorado, US. The legalization of Marijuana there has created 10,000 new jobs there. There are a plethora of jobs that can be made by the weed business and help lessen India’s unemployment rate.

In states like Himachal Pradesh and Tamil Nadu, Marijuana production is the only source of income for locals. The reason being, Marijuana plants grow in abundance there. Since it is a banned substance, the poor locals and farmers are forced to sell it at cheap rates to the drug-dealers and middlemen. They also face additional pressure from the police as well, who are paid to decimate the cannabis plantations.

4. Marijuana use has health benefits

Studies have shown that marijuana use has dozens of medical benefits and cure for health problems. It has shown positive results for those suffering from high blood pressure or glaucoma. It prevents cancer from spreading to other parts of the body, reduces anxiety, slows the progress of Alzheimer’s disease.  Marijuana improves metabolism and is even said to spur creativity in our brain.

5. Marijuana is less harmful than alcohol

Marijuana consumption was never regarded as a socially deviant behavior any more than drinking alcohol was. In fact, keeping it legal was considered as an ‘enlightened view’. It is medically proven that marijuana is less harmful to the body than alcohol. Unlike alcoholics, stoners don’t indulge in rash driving or violent fights. They tend to be calm and pleasant under the influence of marijuana. The rise of alcohol in India has already been proven as a prudent reason for road accidents and other associated crime. Also, it is better to smoke weed than to smoke cigarettes. Hopefully, Marijuana can divert peoples attention and taste.

What’s your opinion in making Marijuana legal in India?

In my opinion, marijuana laws are outdated and more harmful than the drug itself. Laws should be made to suit people and also to prevent them from breaking the law in order to maintain their lifestyle. Laws must weave around the existing lifestyle of people. If people are prompted to break certain laws then the sanctity of laws breaks down.

In Himachal Pradesh, 60,000 kgs of hash and 40,000 kgs of opium are currently being produced. Out of that, only 500 kgs is seized annually. Moreover, these days, it is pretty easy to buy marijuana in India and its consumption is widespread among the youth. So it is fair to say that prohibition has failed to curb the ‘problem’.

In India, dealers often mix hash and weed with chemicals or other drugs like ‘afeem’ to improve the taste, color, texture or ‘high’ of the stuff. Marijuana has already been legalized in many countries and nine states of US since 2012. It is time that our Government should also consider making Marijuana legal in India and regulate the consumption and trade. 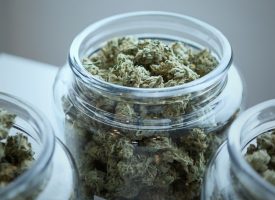