You must have heard about PNB fraud case lately and the man behind it i.e Nirav Modi. Although, I’m posting it a bit late my objective was to incubate all the information at once. Let’s have a glance at everything related to the PNB fraud case.

The man behind PNB Fraud

Nirav Modi, the 48-year-old billionaire, is one of India’s leading diamond jewelry designers. He comes from a family of diamond merchants from Gujarat and grew up in Antwerp, Belgium, a hub for the global diamond trade. He is the founder of the Nirav Modi chain of diamond jewelry retail stores and is the Chairman of Firestar International.

His financial worth is estimated at $1.73 billion through his jewelry design and retail businesses, according to the Forbes website. Presently, he and his entire family are absconding from the country. He has been ranked #57 on the Forbes list of India’s billionaires in 2017. Actor and supermodel Lisa Haydon has featured on several of his billboard and print ads.

How Did His Brand Manage To Grow So Fast, So Soon?

In 1999, Nirav Modi set up a diamond sourcing and trading company called Firestar Diamond. The company is worth $2.3 billion today. Later, he established his own brand ‘Nirav Modi’ after his name in 2010.

He along with his family, allegedly worked with bank officials to illegally obtain Letters of Undertaking, which were cashed overseas from different banks. This is when the fraud was unearthed.

Nirav Modi, the founder of Firestar Diamond, is now at the center of colossal PNB Fraud worth Rs 11,000 crore. He and other members of his family, who fled the country last month, allegedly made fraudulent transactions of over Rs11,400 crore through 150 letters of understanding (LoUs) issued by the Punjab National Bank (PNB), officials said. According to reports, this fraud is believed to be the largest of its kind to be detected across the Indian banking sector.

Punjab National Bank has said that its own officials violated rules and put out illegal guarantee documents to help the celebrity jeweler secure credit from banks abroad. Last month, he was seen in a group photo of industrialists with Prime Minister Narendra Modi on the fringes of a World Economic Forum in Davos.

Nirav Modi And Family Fled Away

Nirav Modi, who holds an Indian passport, left India on 1 January, while his brother Nishal, a Belgian citizen, also left the country on the same day. Whether they traveled together has to be probed, they said. Nirav Modi’s wife Ami, a US citizen, left on 6 January and his uncle and business partner Mehul Choksi, the promoter of Gitanjali Gems, left on 4 January, the officials said. The bank became suspicious only on 16 January when the accused companies—Diamond R US, Solar Exports and Stellar Diamonds (all accused in the CBI FIR)—approached it with import documents and a request to issue LoUs (Letter of Understandings) for raising buyers’ credit for making payments to the overseas suppliers.

Allegation Of FIR Due To Unavailability Of Past Entries

The bank, however, could not find any past entries in the system, the FIR has alleged. It approached the CBI on 29 January with a complaint of Rs280 crore fraud, officials said. Nirav Modi was booked by the CBI, along with wife, brother and business partner Mehul Choksi on 31 January, for allegedly cheating the state-run Punjab National Bank to the tune of Rs280 crore. The bank again approached the CBI within a fortnight of the first complaint giving details of more transactions which were over Rs11,400 crore.

Nirav Modi, India’s leading diamond jewelry designer, is at the centre of the biggest banking frauds in the country. The agency is analyzing the fresh complaints and will take a call whether to register fresh FIRs or expand the ambit of the existing FIR related to fraudulent transactions of worth Rs280 crore.

If you want to share anything related to the PNB Fraud case or Nirav Modi then consider boasting it in the comments section below.


ⓘ Want to publish your startup or branded story? Submit your details here. For all the latest news related to startups in India and MENA, follow us on Google News, Twitter and Linkedin, and like us on Facebook. 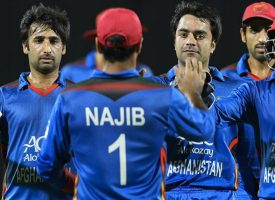 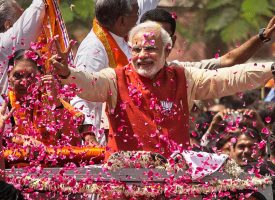