What began as a peaceful uprising against Syria’s President Bashar al-Assad seven years ago became a full-scale civil war. The Syria War has left more than 340,000 people dead, devastated the country and drawn in global powers.

Online, hundreds of messages, many including pictures of dead children, emerged in a “Twitter Storm” on Friday, an event designed to raise awareness. If the assault on Ghouta continues, activists say this could be the beginning of a devastating new chapter in Syria’s 7-year-old civil war.

How Did The Syria War Begin?

Long before it started, many Syrians complained about high unemployment, widespread corruption, a lack of political freedom and state repression under President Bashar al-Assad, who succeeded his father, Hafez, in 2000.

In March 2011, pro-democracy demonstrations inspired by the Arab Spring erupted in the southern city of Deraa. The government’s use of deadly force to crush the dissent soon triggered nationwide protests demanding the president’s resignation. As the unrest spread, the crackdown intensified. Opposition supporters took up arms, first to defend themselves and later to expel security forces from their areas. The violence rapidly escalated and the country descended into civil war as hundreds of rebel brigades were formed to battle government forces.

Who is The Real Culprit Behind The Syria War?

A key factor behind ongoing violence against civilians has been condemned by the intervention of regional and world powers, including Iran, Russia, Saudi Arabia and the United States. Their military, financial and political support for the government and opposition has contributed to the intensification and continuation of the fighting and turned Syria into a proxy battleground. There are four main factions of fighting groups throughout the country: Kurdish forces, ISIS, other opposition (such as Jaish al Fateh, an alliance between the Nusra Front and Ahrar-al-Sham) and the Assad regime.

Here is a video of Syrian teenager talking about the evil acts of US and Al-Assad regime.

In 2014, Israel and US killed lakhs of children in Gaza in the name of fighting terror. And now, it is Syria. They are continuously forging air-strikes and killing innocent people and children. The world is sitting silently while they are showing their brutality. 9-11, a proven inside operation.They frame Islamic nations for terrorism and the truth is kept hidden. ISIS itself is a part of American regime and funded by US. to kill innocent people in the name of Islam.

What Is Happening In Eastern Ghouta, Syria?

A week of intense attacks on Eastern Ghouta through the barrage of air strikes, rocket fire and artillery killed at least 510 people, including 127 minors, according to latest figures. The Britain-based Syrian Observatory for Human Rights said at least 20 children were among 100 civilians killed in the assault while around 300 other people were wounded.

UN reports that 12 percent of Eastern Ghouta’s children under the age of five are suffering from acute malnutrition. More than 13 hospitals have also been hit in the recent bombardments. Families have been hiding in basements and underground shelters without proper ventilation, water or sanitation systems — many are digging their own underground shelters. Residents have little to no access to food, medicine or sanitary supplies. Each day, the situation grows direr.

What Is Happening In Raqqa, Syria?


Raqqa, located in northern Syria had a population of around 220,000 prior to the war making it Syria’s sixth-largest city.
Approximately 200,000 people fled in the battle for Raqqa.The UN estimates that 80 percent of the city is now uninhabitable, water sources have been damaged by the conflict and there are no health services available in the city. Families are eager to get home or to find more permanent shelter.

Where Are The Refugees Fleeing?

As of March 2017, more than 5 million Syrians have fled their homes and remain displaced within Syria. They live in informal settlements, crowded in with extended family or sheltering in damaged or abandoned buildings. More than 3.3 million Syrian refugees have fled across the border into Turkey, overwhelming urban host communities and creating new cultural tensions. In August 2013, more Syrians escaped into northern Iraq at a newly-opened border crossing. Now they are trapped by that country’s own internal conflict, and Iraq is struggling to meet the needs of Syrian refugees on top of 2.6 million internally displaced Iraqis.

But that didn’t stop her, in another tweet she confronted the trollers with a sensible reply.

I don’t care which country or religion or government I have, humanity is dying. The children are dying and it needs to stop,now #SyriaIsBleeding pic.twitter.com/8EVPXgcScT

Your dumbness is profound, there is a difference when you are KILLING them. That’s the problem with you trollers, good for nothing, even in Humanity you see borders. Even for children you see religion. This is what is called the dark age. #HumanRightsDiedInSyria #PrayForSyria https://t.co/tXrjJ8et5J

For God’s sake help us!” reads a message on Twitter attached to a video showing two small girls, bleeding and crying in a smoky, chaotic house. It is part of a social media campaign surrounding the crisis in Ghouta, Syria, where more than 400 civilians have been killed in the past six days, according to Human Rights Watch.

Support Given By Mercy Corps And The Other Humanitarian Organisations

Mercy Corps is one of only a few organizations working in this area through local Syrian partners. It is working really hard to relieve the intense suffering of civilians inside Syria, as well as that of refugees seeking safety in neighboring countries. Their team members are helping hundreds of thousands of people affected by the crisis each month. They are delivering food and clean water, restoring sanitation systems, improving shelters and providing basic household essentials. They are also helping children cope with extreme stress and leading constructive activities to nurture their healthy development. You take a look at their video campaign below.

How Can We Help Those Affected Syrian Refugees

Millions of Syrians need our help. According to the U.N., $4.6 billion was required to meet the urgent needs of the most vulnerable Syrians in 2017; but only a little more than half was received. As the number of those in need keeps increasing, our support will allow the humanitarian organizations do even more.

We can donate today as every single contribution helps them provide even more food, water, shelter and support to Syrian families and families in crisis around the world. Share this story or can go to their Facebook page to post the infographic and spread the word about the millions who need us.

How can we contribute to ending Syria War?

Syrian people are suffering from huge trauma losing their home, property and their loved ones. The whole India is enjoying Holi with colors; and on contrary to this, US is playing Holi with blood in Syria. How the mournful fate is being faced by Syria!  We should give a hand to help those really needy ones. Sign this petition on Change.org to contribute towards ending the Syria war. We have signed up already.

We can also start a campaign to turn knowledge into action by setting up a personal fundraising page and raising your voice about your page through social media and Twitter.

What’s your opinion about Syria War?

This was all from my side. If you want to share anything related to this cruel terrorism like Syria War or even Gaza Massacre, 2014; then consider boasting it in the comments section below. 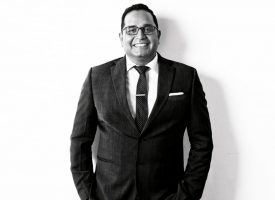