The Indian cricket team recently won the ODI (One Day International) six-match series against South Africa by 5-1 under the able captaincy of Virat Kohli. Virat has created another world record by becoming the first batsman ever to score 500 runs in a bilateral ODI series and also becomes the fastest batsman to score 17,000 international runs. However, Virat Kohli credited Anushka Sharma for keeping him motivated.

Virat Kohli smashed his 35th ODI to lead India to an eight-wicket victory over South Africa in the sixth and final ODI at SuperSport Park, Centurion on Friday displaying immaculate skills with the bat. Sealing mouths of all the critics, Team India under the captainship of Virat Kohli has emerged as the winner against South Africa in the sixth ODI. Virat and Ajinkya Rahane, middle-order batsman, held together with a partnership of 126-run and had a smooth 5-1 victory. For his magical performance throughout the series, Kohli was awarded by Man of the series as he scored 558 runs in the series and also Man of the match for an amazing knock in the final ODI.

A video excerpt of the post-victory interview is going viral on the internet.Virat couldn’t stop praising and crediting his wife Anushka Sharma for the victory. Virat lovingly says in the interview, “My wife has been keeping me motivated throughout, she deserves a lot of credit for this. While the Indian captain credited the team for putting out their best performance in the series, he did not fail to mention his wife, Anushka Sharma’s contribution to his career.

In his interview after the victory, Virat Kohli credited Anushka Sharma for it.

Kohli said, “people who contribute off the field they deserve a lot of credit as well. My wife who keeps me motivated deserves a lot of credit. She has been criticized a lot in the past, but she is one person who has kept me going throughout this tour and when times have been tough and I am really grateful for that”. He dedicated the victory and match-winning knock to her. With that once sentence Virat has successfully shut every troll’s mouth who called Anushka a bad charm for Team India’s performance.

Virat Kohli, Most Awaited To Watch His Wife In New Avatar In The Upcoming Film Pari

Virat is a big fanboy of his wife’s work. Anushka will be next seen in a horror film. Pari which is set to release on March 2. Not much is known about the plot, neither it is made clear with the trailer, but the actress will be essaying the role of a witch. Just like us, Virat is excited for and spooked by the film. He took to his Twitter to share the trailer of the film and wrote: “Can’t wait to watch my one and only in an avatar never seen before and I’m blown away already”.

After listening to his post-victory interview. He had improved himself a lot as he was being criticized by Anushka for his poor performance. Though, she has also motivated him throughout the series.

So what do you make out of this; is it true or Virushka is trying to get back into the limelight with this stunt or probably trying to promote Anushka’s upcoming flick Pari in disguise? Comment your opinion in the comment section below. Pari Trailer – Anushka Sharma Is All Set To Haunt Your Souls 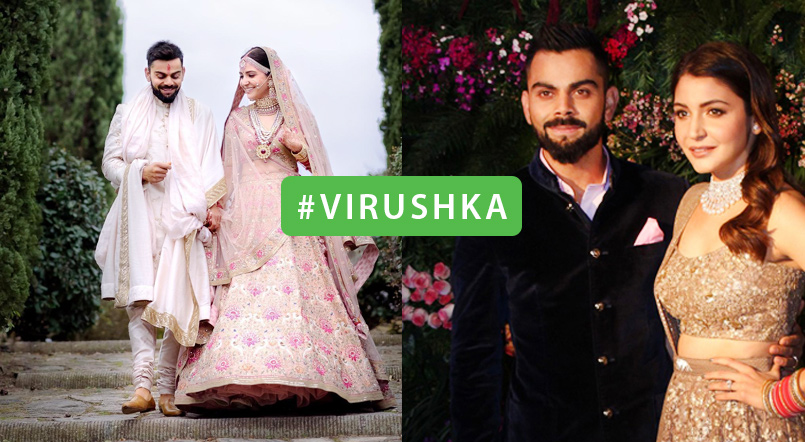 What Makes Virushka the Wedding of the decade?