“Borders are scratched across the hearts of men

By strangers with a calm and judicial pen

But, when borders bleed, we watch with dread

As lines of ink across the map turn red.”

We have an odd love for dystopian fiction. A lot of very famous novels and movies, in today’s times, are centered on apocalypses or dystopian futures where humans have to fight to survive. Our fascination comes down to a survival/heroism complex. All of us like to imagine that when the time comes for the destruction of human species, we would be the ones to survive; we would be the fittest to live when all other things go to purgatory, we will remain standing.

WAR: A PART OF OUR PAST AND OUR PRESENT

But, what happens when this love for dystopia translates into reality? What do we do in the face of war? Rather than that, our primary question should be: Why is there still war? Since eons, man has been accustomed to fighting for survival. In ancient times, when the man was almost resembled an animal in his behavior still, this was excusable. It was almost a necessity then – men fought and hunted animals for food and turned against each other over paltry matters of land. But, we have greatly evolved since then. Why does the animal inside us still remain, rear its head and prepare to kill at the slightest provocation?

We see thousands of people perish year after year; be it soldiers or civilians, be it people who are directly involved in fighting the war or not. Such is the way of war: it destroys each and every life it touches. Lives are taken, families estranged, dreams are slaughtered. Not to mention the fact that the soldiers that are drafted to fight to the death in the war are just babies. The soldiers have not experienced life outside of war and what is even sadder is that they perhaps never will. Wars are glorified in movies and books; soldiers are played by handsome heroes and they always have a happy ending. That is extremely far from reality. No one involved directly in fighting, be it on the winning or the losing side, gets away from way completely unscathed. Almost all our war veterans suffer from PTSD. War is perilous and squalid.

Why is it that cruelty comes so easy to us? When will we realize that war is the one flame that will eat everything: everything that will burn. War hurts without discrimination. It may not affect the politicos sitting in offices with foolproof protection – who ironically call the shots about wars – but, it makes monsters out of men.

Effect of power on war

Power wreaks havoc when placed in hands of most people. Man becomes a monster when given power. The paradox of power is absolutely correct in stating that the people who deserve power are the ones who do not wish to be in power and the ones who want power are the ones who least deserve it. Hitler single-handedly set the wheels of World War II in motion with his rise to power. Today, the same is being done by North Korea which is serving as a propellant to the next World War. The mere presence of terrorist organizations like ISIS warrants that some country will be turned into a battleground.

History is filled with countless incidents of pointless wars fought over lands, wealth and religion by rulers or kings who were drunk in power. They do not stop to see the monstrosity of it all – the soldiers killed, the civilians who perish, families ruined and innocents trampled.

WE NEED TO STOP WAR

The world leaders need to reflect long and hard on the importance of war and develop a conscience and empathy; only then will they be able to realise the real losses and casualties suffered – ones which will not be counted in loss of land or arms; but in the innocents that lose everything for no fault of theirs and the true effects of war will not be reflected in the materialistic losses but in the eyes of people who lose the ones who love, whose homes and hearts are ripped apart, lands are left barren and dreams shattered.

Mankind has survived two world wars where millions perished; how many more will it take to realize that no matter who wins or loses those, the real losers of war will always be the ones who fight? Take example of US, holding the license to kill, stained with the blood of weaker nations. The world is sitting idle and watching the US doing the bloodbath in Syria.

In this article, I try to encapsulate the vastly destructive wars mankind has been indulging in. It is high time that we create a dialogue and elect intelligent leaders who respect this dialogue rather than decide to go to war. It is said that the one who creates the poison, has the cure too. But, who has the cure for war? 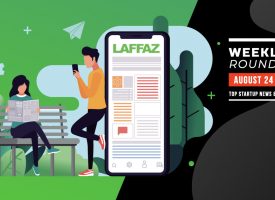 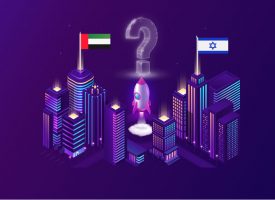