Jordanian healthcare marketplace Aumet, on Tuesday, announced that it has acquired another healthtech startup Uniorders, again from Jordan.

Founded in 2016 by Yahya Aqel, Mohammad Issa, and Jamal Abu Samra in Jordan, Aumet also has subsidiaries in UAE-Abu Dhabi Hub71, and France-Caen Forum Digital. The company in July raised $1.25 million in a seed funding round led by Right Side Capital (US), TechStars, and Plug and Play.

Aumet aggregates bulk orders from medical vendors and then offers them at discounted prices. It also automates the process of matching distributors with medical manufacturers.

Uniorders operates as a B2B ordering management platform, on which pharmacies can purchase medicine directly from warehouses and drug houses. According to the company, amid COVID-19 outbreak, it has managed over 50,000 monthly transactions and has around 2,800 pharmacies listed on its platform.

Speaking of the acquisition of Uniorders, Yahya Aqel, CEO & co-founder of Aumet, in a statement said,

“The win-win strategy is one of Aumet’s firm beliefs. With Uniorders, there were two ways in which we could have viewed them – compete or complete. We believe this acquisition will help us to accomplish our mission of bridging the gaps in the healthcare industry faster and more efficiently and bring more success stories to the region,”

According to the statement by the company, Aumet by acquiring Uniorders will offer its services to pharmacies in Jordan, expand its distributor base, add more products and services for dental, laboratory, hospitals, clinics, physiotherapy centres and more. Besides this, the company is also planning for a deeper expansion in the UAE.

“Joining Aumet will allow for further successes and for healthcare providers and distributors to access more resources, not only in Jordan but globally. Uniorders are overjoyed to view that our efforts have paid off,” 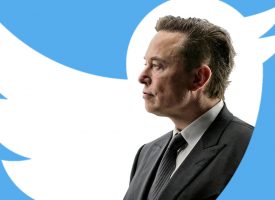