Delhi, India, March 2020: Social Media Matters (SMM) collaborated with Do Your Thng, a creator-first community, and Institute for Governance, Policies and Politics (IGPP) to conduct study #BeAware on online social media abuse faced by the people. #BeAware was conducted over a period from December 2019 to January 2020. The scope of the survey included the following social media platforms, Facebook, Instagram, YouTube, Snapchat, Twitter and TikTok. As per the findings:

Commenting on #BeAware, Ankit Agarwal, Founder & CEO, Do Your Thng, said, “As a creator community who hopes to make social media the most honest corner of the internet and a safe zone for all, the research was a shocking eye-opener. Young adults, about 22 to 25 years old, are the most exposed to online abuse. A few of them might be conscious of how to combat the mental repercussions of these experiences, but most are clueless. Actionable steps that inform and educate are needed right now!”

The online survey also focused on two more key areas a) awareness of reporting policies and guidelines on varying social media platforms and b) perception of the effectiveness of these guidelines.

Amitabh Kumar, Founder Social Media Matters, said, “More than half the users on social media platforms have faced some kind of abuse, this is not acceptable! To realise our dream for #DigitalIndia, it is essential that we make cyberspaces safe. There is a lot of work to be done by social media platforms to achieve this.”

The study collected first-hand data using a questionnaire of which more than 38.5% were in the 18-22 age bracket. The next biggest sample size (27.8%.) was above the age of 30. Thenoteworthy point was that a substantial 10.87% of social network users who answered the online survey were below 18 years.

Dr. Sarada Das, Senior Fellow at IGPP said, “We analysed the responses spanning states and genders, based on their experience, perception, and feedback. Nearly half of the participants who faced such negative experience were female and transgender. This group also reported the case more than male members. However, most netizens are of the opinion that there is a need to raise awareness of reporting mechanism and community guidelines of social media platforms through various methods such as online safety workshop.”

Perception about the efficacy of reporting was the final leg of the research, and 52% of people said that improvements are required on all current mechanisms across networking sites. The last aspect where the majority of respondents (73%) agreed was that social media should take the initiative to keep users more informed community guidelines and reporting tools. 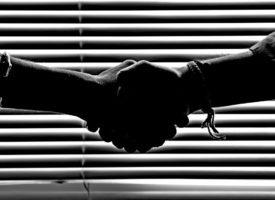