▸ $2.5 trillion is the estimated financing gap in ensuring a successful SDG roll out in developing countries including the Gulf countries
▸ Goals won’t be met in the GCC unless governments and private enterprise coordinate and accelerate their efforts

Dubai, UAE – January 29, 2020: Countries in the GCC must accelerate their efforts if they are to meet the 2030 Agenda for Sustainable Development Goals (SDGs), according to Oliver Wyman’s latest report.

Titled ‘A Decade of Action: Delivering Sustainable Development Goals in the Gulf’, the report looks at why SDGs, launched in 2015, are critical and why it is imperative for governments in the Gulf, with the active engagement of private enterprise, to strive to meet the goals in time.

The SDGs provide governments with an organised and unified structure to address interconnected developmental issues such as poverty, economic inequality, education, the climate crisis, peace, justice, and responsible consumption and production. However, despite progress in areas such as poverty eradication, the 193 countries that have committed to these goals have met with limited success in streamlining their operations towards accomplishing the 2030 Agenda.

“The Gulf region is not any different, and progress in addressing these pressing challenges has been remarkably slow,” said Jeff Youssef, Public Sector Partner at Oliver Wyman.

“Based on what we have witnessed so far, there is a little chance the region’s economies will meet the 17 goals in time, and that will have serious socio-economic implications across the region. There is no blanket solution to regional responses towards SDGs, but it is imperative that governments and private enterprises in the Gulf come together and accelerate their efforts to ensure a promising future for coming generations.”

Delivering the SDGs still remains a formidable governance challenge for all countries, irrespective of their stage of development or income levels, says the report.

The biggest hurdles facing the implementation of SDGs in Gulf countries are:

The SDGs cannot be achieved by government entities or states in an isolated manner. There must be collaboration both between different ministries and agencies in a state, and between states, for a successful SDG rollout. The resulting implementation will facilitate expertise sharing on issues such as climate change or depleting natural resources and sustainable use of energy.

Insufficient clarity on benefits and gaps in the evidence base

It is estimated there is no available data on approximately two-thirds of SDGs, impeding their rate of success in meeting the goals. Without sufficient collation – and analysis – of data, there is a little rationalization to decision making.

The lack of sufficient financing

One key factor for the stunted progress towards meeting the SDGs is the lack of adequate financing, even in the Gulf. It is estimated the financing gap in ensuring a successful SDG roll out in developing countries alone is $2.5 trillion per year.

Several countries in the Middle East, including the likes of the Kingdom of Saudi Arabia (KSA), the United Arab Emirates (UAE), Egypt and Kuwait have already embedded SDGs in policy planning within their institutional development frameworks and governance structures.

The Gulf countries are also generous aid donors with the UAE, for example, incorporating the SDGs into their foreign humanitarian aid strategy. The UAE has also linked several public and private committees and groups who are cooperating towards achieving the SDGs. In 2015, the UAE local chapter of the UN Global Compact was created to coach private businesses on how to incorporate SDGs in their strategy.

Even before the adoption of the SDGs, Kuwait had prioritized programs geared towards eliminating poverty and hunger and Saudi Arabia has aligned the SDGs with its economic, social and environmental objectives and policies. Saudi Arabia has also resolved to meet all guidelines of the Paris Convention and there are encouraging signs from across different Gulf countries that are facilitating data collection, analysis and reporting.

Oliver Wyman’s report says the key contributors to ensuring the goals are met by countries in the Gulf region include:

The report also highlights the importance of making local SMEs central to achieving SDGs, whilst tapping into Islamic Finance and ensuring quality data measurement and analytics will help mitigate the various challenges.

By adopting these measures, the direct benefits of creating a thriving SDG environment will achieve the following, according to the report:

“The Gulf countries have been working towards achieving the SDGs by 2030, and remain committed to overcoming or mitigating the various challenges,” said Youssef.

“However, the pace of change must accelerate to not only arrest current unsustainable practices but to also counter the effects of several decades of irresponsibility. The building blocks must now be put in place for a more economically secure, environmentally sustainable and socially equitable future.”

For further information, please download the full report from here. 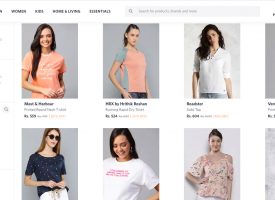 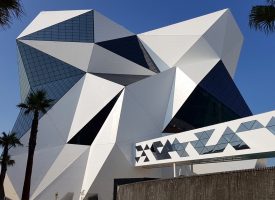