The Cairo-based Wasla Browser that offers rewards to its users on Wednesday secured $1 million funding in a seed round participated by VCs including Egypt Ventures, Glint Ventures and EBTIKAR for Financial Investments.

Founded by Mahmoud El Said; and former Rocket Internet entrepreneurs Serag Meneassy and Taymour Sabry, Wasla launched the beta version of its browser in December 2018 and attracted over 100,000 users organically within a year – a statement from Wasla Browser mentions.

The startup in December last year, raised around $200K from various angel investors and will utilise the fresh funds to fuel its go-to-market strategy, expand into Africa and the Middle East, expand the team and develop new product verticals like social networking, shopping, entertainment and payments.

Commenting over the funding round, the founder of Wasla have expressed their word as…

“We are very happy to have reached this milestone, we couldn’t have achieved it if it wasn’t for the hard work and excitement put forward by our team. To each Wasla team member, this is only the beginning, but we thank you and collectively we are building the foundation of something big and exciting! Now, we start to rapidly scale our user base while further developing our two new product verticals which shall be introduced during 2020. Finally, we are grateful to the investors who continue to show their support and excitement to help us build our vision further.” 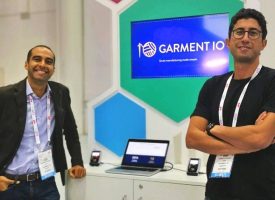