US-based B2B e-commerce marketplace, Aumet with subsidiaries across Jordan-Amman Business Park, UAE-Abu Dhabi Hub71, and France-Caen Forum Digital, recently announced that the company has raised $1.25 million in a seed funding round led by Right Side Capital (US), TechStars, and Plug and Play.

Founded in 2016 by Yahya Aqel, Mohammad Issa, and Jamal Abu Samra, Aumet aggregates bulk orders from healthcare providers to get discounted prices from manufacturers and deliver the goods door-to-door. The company also automate assigning distributors to medical manufacturers, using the Saurus, Tagging Crawler, and Matching Algorithm which matches between distributors and manufacturers.

The company has revealed in a statement that the fresh funds will be deployed towards automating the ordering process for buyers which includes healthcare providers, distributors, and medical manufacturers. Aumet will also onboard 10,000 medical manufacturers on its platform. work towards increasing the SKU’s to reach 50,000, and accumulate buyers from the GCC regions.

The company claims to be growing at 20 percent month-on-month growth, invoicing $30,000,000 in the second quarter of 2020, increased the team size from 16 to 37 employees coming from 15 different nationalities.

Aumet was selected twice by the World Economic Forum, first in 2017 and the second in 2019 among the best 100 startups forming the 4th Industrial Revolution. TechCrunch also named Aumet among their favorite startups from 500 Startups’ 19th class, and also as one of their top picks from TechStars demo-day last April.

The co-founders of the Aumet come from diverse backgrounds, talents and experiences. Yahya Aqel, the CEO of Aumet holds a bachelor’s degree in Biomedical Engineering, wit h13 years of experience as an entrepreneur in medical supplies industry. Mohammad Issa, CPO of Aumet has co-founded 3 startups before Aumet. Co-Founder Jamal Abusamra has over 6 years of experience as Regional Area Manager of multi-international medical manufacturers, such as Pennine Healthcare in the United Kingdom and Sengewald in Germany, increasing their sales in the MENA region.

Commenting on the investment round the projected development for Aumet, Yahya Aqel said,

“Normally, creative ideas come from the West to the East, Aumet is the first e-commerce between medical manufacturers and buyers starting from the Middle East and scaling to the West”.

“Aumet is a leading healthcare e-commerce marketplace in MENA, led by a dynamic CEO. The healthcare sector is rapidly being disrupted and experiencing digitization. We are excited to invest in such a space.” 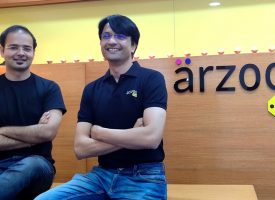 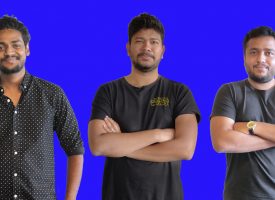 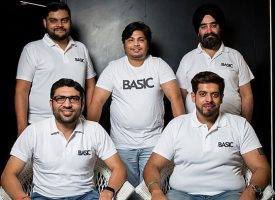