According to a Weibo post, HONOR has revealed that the HONOR 80 series will sport a 160MP primary rear camera.

According to a well-known tipster named ‘Digital Chat Station’, the camera technology on the HONOR 80 series may be a customised version of the 200MP Samsung ISOCELL HPX camera sensor.

As underlined by GSMArena, HONOR 80 phones will have a dual front-facing camera, positioned centrally, paving the way for a Dynamic Island-type of notifications.

The design of the phone was revealed by Timmy Yip, a 58-year-old renowned artist from Hong Kong with works in costume design, and visual and contemporary art. Another celebrity influencer that promoted the devices on their page is the Chinese model and actor Simon Gong, who is part of the Honor family since the 50 series.

A glimpse into HONOR 80 series specs

As per reports, the HONOR 80 series will have up to four models: the HONOR 80 SE, HONOR 80, HONOR 80 Pro, and HONOR 80 Pro Plus. Although the company has already confirmed that the Snapdragon 782G and Snapdragon 8+ Gen 1 chipsets would power the vanilla HONOR 80 model and the Pro variant, respectively, the SE model might be powered by the MediaTek Dimensity 1080 SoC.

Earlier reports suggested that the HONOR 80 Pro and HONOR 80 Pro+ could enable fast charging at 66W and 100W, respectively. All the devices are tipped to boot the latest MagicOS 7.0 on top of Android 13 OS.

At the launch event on November 23, the Chinese smartphone manufacturer will also introduce its second foldable smartphone, HONOR Magic Vs, which will come with some upgrades over the Honor Magic V, which launched earlier this year.

As per the images disclosed by the company, the smartphone so far does not appear to have changed in the design department. The back remains the same with a triple camera setup placed vertically. There are rumours that Honor has improved the hinge design to reduce the crease that usually occurs with foldable smartphones. The drive is also said to be thinner and lighter compared to the Magic V. It is said to weigh 261g, which is a decent reduction in weight compared to the 288-293g (based on colour variant) weighing Magic V.

The display is expected to be the same, meaning that we will likely get an outer display that measures 6.45-inches and offers an FHD+ resolution with a 21:9 aspect ratio, and a 120Hz refresh rate. The inner display could be a 7.9-inch OLED panel with 2272 x 1984 pixel resolution, 381 PPI pixel density, and 90Hz or 120Hz refresh rate. It is rumoured to feature a side-mounted fingerprint scanner.

It is important to note that HONOR 12.12 sale 2022 is on its way next month, thus, users are expecting to enjoy discounts on HONOR 80 series smartphones. 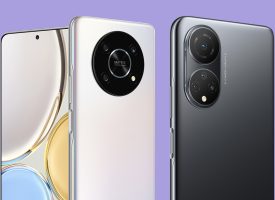 HONOR Friday in UAE – The sale living up to its hype 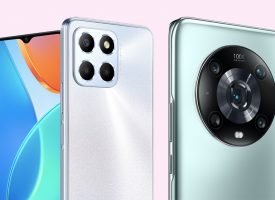 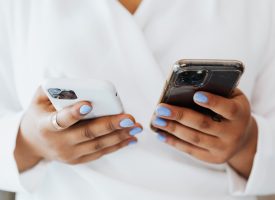 Best phones under 20,000 in India which you can buy with eyes closed