The word ‘Pashmina’ has become synonymous with Kashmir as the art of Pashmina weaving is deeply ingrained in Kashmir’s culture and tradition. Since centuries, this luxurious shawl has maintained its stature and its popularity across the world has only grown. Those who have the chance of holding a real Pashmina are sure to fall in love with it, irrespective of their age or gender.

The comforting warmth and the luxurious feel of the beloved Pashmina is like nothing else. If you have seen or owned one, you know why all the fuss surrounds it. And if you haven’t, only getting your hands on one will give you the experience. If you’d like to know more about this extremely sought after shawl, you are at the right place.

Here, we tell you about the Pashmina industry of Kashmir.

History of Pashmina in Kashmir

Right from the great French Emperor Napoleon Bonaparte’s wife Josephine to the Mughal Emperors to other royals, Pashmina has always been a favorite. In ancient times, only the royals and the elite class wore the Pashmina and it wasn’t until the 20th century that it became common among the civilians. Today, celebrities all across the world don this shawl with pride.

Although it isn’t exactly known how Pashmina was introduced in Kashmir, there are a few legends that surround its origin. While some say that it was the 15th century ruler Zain-ul-Abidin who introduced the art, others believe that a Persian Sufi named Mir Sayyid Ali Hamdani brought it to the valley sometime around the 14th century.

Since then, foreign travellers who have visited Kashmir have fallen in love with its sheer beauty and are known to have left India with at least one of these shawls.

The Making of Pashmina of Kashmir

The wool required to weave is Pashmina is obtained from the Changthangi goat, also known as the ‘Pashmina goat’. The goat is native to the high mountains of Ladakh. To sustain the harsh climatic conditions in the season of winter, the goat develops a special kind of wood. As spring arrives, the goats naturally shed this wool and it is reared by the local Changpa tribes of Kashmir.

After the wool has been obtained, middlemen buy it and sell it to weavers in Srinagar. Then, the Pashmina shawl weaving begins. Srinagar, Budgam and Ganderbal are the most popular for Pashmina weaving. The wool is so delicate that it can only be processed using hands and there are several processes that go into making the shawl. It takes several days and sometimes even months to make a single Pashmina shawl.

After the shawl is made, the process of adorning it with embroidery begins. The Pashmina shawls either have Kani embroidery or Sozni embroidery done on them.

The Pashmina Industry of Kashmir

For centuries, the Pashmina has remained an emblem for Kashmiri culture and tradition. It is also the sole means of livelihood for several thousand families in the valley. Generations and generations have been engaged in this age-old profession. The weaving of Pashmina is a true art that requires unmatched skills and an eye for precision. And since centuries, the local Kashmiri craftsmen have been doing it.

With rapid use of power looms and more demand for the cheaper semi pashminas, the pashmina weavers in Kashmir have seen a decline in their business.

Kashmir is also a major exporter of these shawls. Internationally, these shawls are mainly exported to the United States, France, Germany, Britain, Belgium, Italy, Japan, Korea and Australia. While the Kashmir Pashmina Industry is still worth several hundred crores, its value has substantially decreased in the last few years.

However, to revive the industry and bring it back to its former glory, several measures are being taken by the government as well as independent organizations. Recognizing the importance of this traditional art, several portals have now started selling real Pashminas online. One of the best among them is www.kashmirica.com. This doesn’t just mean that the Pashminas are more easily available but it is also helping the local artisans immensely. 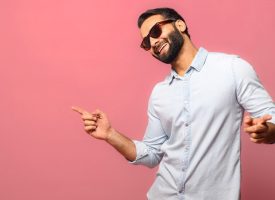 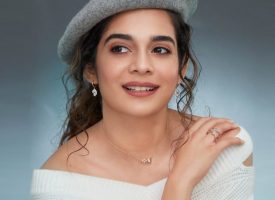