Hambro Perks is all set to open its office in Abu Dhabi’s Hub 71 complex in the coming months. This is the first VC firm from UK to open an office in Gulf.

The event went successful with some of the Islamic SMEs pitching and meeting investors, which includes:

Ali Qaiser, managing director and head of Middle East at Hambro Perks affirmed that the success of the event is a strong value proposition for European Islamic startups paving forward to a growing interest of investors in Islamic economic activities in Europe. Not just this, the emerging Islamic economies like MENA, Pakistan, Turkey, Indonesia and especially where there exists a dearth of fintech services – can also leverage this opportunity to expand their scale of offering halal-centric products and services.

“There is a huge opportunity right now for Islamic economy players. The sheer size of the market is huge – there are 1.8 billion Muslims globally – and it has been an underserved demographic.”

“There is an opportunity for brands to marry up the trends of growing emerging economies with tech opportunity with the Islamic market. This makes for a very interesting space. The mobile phone growth in these emerging markets is through the roof”.

“We are one of the few VCs which is constantly scouting opportunities in the Islamic economy space. We have a pipeline of Islamic start-ups. We are getting 10 to 15 reach outs a week”.

Hambro Perks made its first investment in an Islamic startup 18 months ago, it is a British Muslim dating app called MuzMatch. And will now also be investing in two to three startups which were featured in the Smart Capital Startup Pitches event in May.

Adding to that Qaisar quoted…

“People are now taking more notice of the Islamic economy… I’m from the Middle East region and I understand the culture so that is why I am so aware of the opportunities.”

According to Thomson Reuters ‘State of the Economy’ report, there is significant scope for growth in Islamic economies globally. The Islamic finance sector stands over $2.4 trillion total assets globally. The food and beverage sector accounts highest at $1.3 trillion spend, followed by clothing and apparel at $270 billion, media and entertainment at $209 billion, travel at $177 billion, Pharmaceuticals at $87 billion and $16 billion respectively. 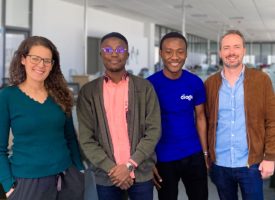 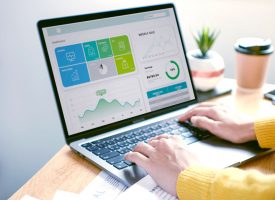