▸ The MEED Projects Awards 2020, in association with Mashreq, recognise the best projects in the GCC

The MEED Projects Awards 2020, carried out in association with Mashreq, are inviting project companies across the GCC to nominate the best projects completed in the GCC in 2018 and 2019.

Project owners, contractors and consultants have until 30 January 2020 to submit nominations for the prestigious awards, which will be announced at a gala dinner in Dubai on 10 June 2020.

Launched in 2010, the MEED Projects Awards in association with Mashreq have become firmly established over the past 10 years as the leading benchmark of quality in the GCC projects industry.

With an estimated 6,722 active projects with a combined value of more than $3.1tn planned or underway, according to MEED’s projects database MEED Projects, the GCC is one of the most dynamic projects markets anywhere in the world.

Many of the projects being developed are seen as strategically vital to the development of the region as it seeks to drive growth, provide new jobs and create happier societies through economic diversification, increased productivity and increasing focus on sustainability and social cohesion.

The MEED Project Awards in association with Mashreq aim to support the region’s strategic goals by promoting best practice in the GCC projects industry by recognising and celebrating the finest achievements in the region.

MEED’s influential panel of independent judges assess projects in their entirety, from the design concept through to engineering, construction and project delivery. They also consider the wider contribution of a project to society and to the environment.

“The GCC is home to some of the best and most exciting projects seen anywhere in the world,” says MEED editorial director Richard Thompson. “These projects demonstrate brilliance in architecture, engineering and construction. The MEED Project Awards in association with Mashreq seek to recognise the best of the best projects, and also the people leading project delivery in the GCC. Winning a MEED Projects Award is an incredible accolade and a great way to tell the world about your achievements.“

“2020 is a great year to be recognised,” says Thompson. “2020 is the year of Dubai Expo, and of Saudi Arabia having the chair of the G20. I encourage companies across all sectors to submit their entries for the 2020 awards and to gain recognition for their efforts.”

Mohammad Al Shouli, Managing Director and Head of Contracting Finance at Mashreq Bank, said: “The MEED Project Awards highlight those ambitious and innovative projects that are not only contributing to the GCC’s economic success but are also creating a positive social and environmental impact. We are delighted to partner with MEED to honour the projects that have upheld business best practices and achieved project excellence, while driving further growth and development in the region.”

Entries are now open for organisations to submit their nominations by 30th January, 2020.
Firms can now apply in the following categories:

Winners will be awarded at a gala event dinner and ceremony, hosted on the 10th of June 2020 at The Ritz-Carlton DIFC, Dubai.
To submit your entry, please visit the webpage: projects-awards.meed.com 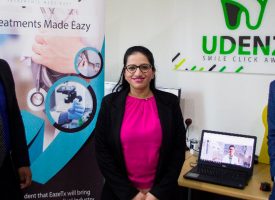 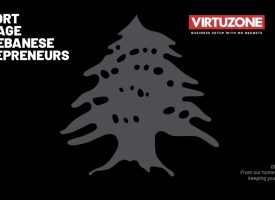