After Jinn, Netflix is buckled up to bring the next two Arab-centric productions to shower entertainment in the Middle East – the second one ‘Al-Rawabi School for Girls’ and the third and most awaited one ‘Paranormal’.

The Al-Rawabi School for Girls is being produced by Netflix in partnership with the Jordanian production house Filmizion Productions to hit the audience later this year. The show is produced by a full Arab cast and crew – set around a bullied girl who tries taking revenge only find no one is all bad, and no one is all good, including herself.

The Jordanian producer and Founder of Filmizion Tima Shomali (Photo above: right) and screenwriter Shirin Kamal (Photo above: left) laid their thoughts on The Al-Rawabi School for Girls as:

“AlRawabi School for Girls is a very dear project to my heart. It depicts the stories and struggles of young Arab women in a light that we hadn’t yet seen before in the region, particularly with this age group. It’s a show that stems from the eyes of women about women and I am really pleased to collaborate with Netflix and have the opportunity to tell the stories of young women in our region on such a global platform.”

“The Middle East has a multitude of stories and layers that other parts of the world may have not encountered, and I hope that AlRawabi School for Girls not only resonates with women in the Middle East, but women from all over the world.”

Now let’s talk about ‘Paranormal’ another horror series like Jinn – directed by by Amr Salama a.k.a Sheikh Jackson and jointly produced by Salama and Egyptian-indie producer Mohammed Hefzy whose Film Clinic is renowned.  Paranormal is based on a bestselling Arabic horror novel by late Egyptian author Ahmed Khaled Tawfik.

Set in 1960s, Paranormal portrays adventures of lead character Dr. Refaat Ismail, a hematologist who finds himself surrounded with a series of supernatural events.

“We are excited to continue our investment in Middle Eastern productions by adapting the highly acclaimed ‘Paranormal’ novels into a thrilling new series. We’re also pleased to collaborate with prominent producer Mohamed Hefzy and director Amr Salama, whose creative vision we look forward to bringing to our global audience.”

“I’m proud to be working with Netflix on bringing to life the ‘Paranormal’ series, which I hold dear to my heart”

Well, it is cognisable that Netflix has certainly tapped into the Middle East’s audience by zealously planning the launch of a trio of Arabic productions in partnership with the regional production houses. 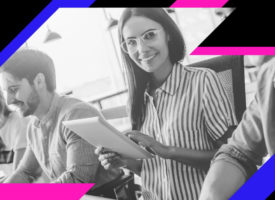 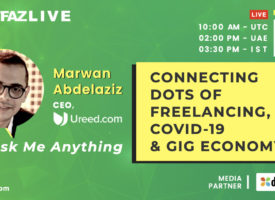 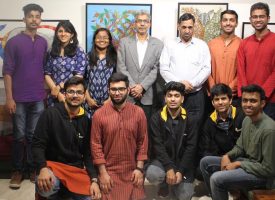