“Where did the universe come from, and where it is going? Did the universe have a beginning and if so, what happened before then? What is the nature of time? Will it ever come to an end?”

Professor Stephen William Hawking, commonly known as Stephen Hawking died today morning at the age of 76. He was one of those few people in the world who bothered to find out about such mysteries of the universe. He is best known for his work on black holes and for his bestselling book ‘The Brief History of time‘. The news of his death has left the world mourning as we have lost one of the best intellectuals the world has seen. Here are a few tweets of the people who got saddened after knowing about his death.

I feel lucky to have known Stephen Hawking. His work is an inspiring reminder of what human minds are capable of.

R.I.P. Stephen Hawking. Among his many profound contributions to this world was this simple sentiment: “It would not be much of a universe if it wasn’t home to the people you love.”

Stephen Hawking was born January 8, 1942, on the 300th anniversary of Galileo’s death. He died today, March 14th, on the anniversary of Einstein’s birth. Time is circular – no beginning, no end.

His passing has left an intellectual vacuum in his wake. But it’s not empty. Think of it as a kind of vacuum energy permeating the fabric of spacetime that defies measure. Stephen Hawking, RIP 1942-2018. pic.twitter.com/nAanMySqkt

Have fun out there among the stars. pic.twitter.com/S285MTwGtp

Hawking was born on January 8th, 1942 in Oxford, England. His father was a medical researcher. He belonged to a family of well-read people. His mother was one of the first female students who graduated from the Oxford.

He was diagnosed with motor neuron disease, ALS at the age of 21. The debilitating illness gradually paralyzed him, confining him to a wheelchair, and in 1985 a tracheotomy robbed him of his voice. But Hawking continued to be a hugely prominent and popular public figure through the use of his computer-aided speech system.

he himself has quoted something very ironic and inspirational.

“My disabilities have not been a significant handicap in my field, which is theoretical physics. Indeed, they have helped me in a way,” Hawking once wrote, saying that his situation presented him with the time to clearly think through the problems of physics.

Hawking was a mathematics professor at the University of Cambridge and held 13 honorary degrees. In 2009, the-US president Barack Obama awarded him with the Presidential Medal of Freedom, the highest civilian honor awarded in America.

Hawking became a member of the Institute of Astronomy in Cambridge in 1968. He discovered the second law of black hole dynamics— that the event horizon of a black hole can never get smaller. Along with, James M. Bardeen and Brandon Carter, he proposed the four laws of black hole mechanics.

Along with James Hartle, He published a model known as the Hartle–Hawking state in 1983. It proposed that time didn’t exist before the Big Bang and hence the concept of the beginning of the universe is meaningless. It remains one of the most prominent theories on the initial state of the universe.

A Brief History of Time was first published in 1988 and had sold millions of copies in many languages. He had written the book because he wanted to make some financial provision for his family. For in the history of Science writing, a book to sell in excess of 15 million copies is almost unheard of. The highlight of the book was that it explains the mysteries of the universe in a way that even a no specialist in physics can understand.

Apart from his bestseller, Brief History of Time, he had authored various other books.

Black Holes and Baby Universes and Other Essays (1993)

On the Shoulders of Giants: The Great Works of Physics and Astronomy (2002)

God Created the Integers: The Mathematical Breakthroughs That Changed History (2005)

He also co-authored a series of children fiction novels with his daughter Lucy Hawking. 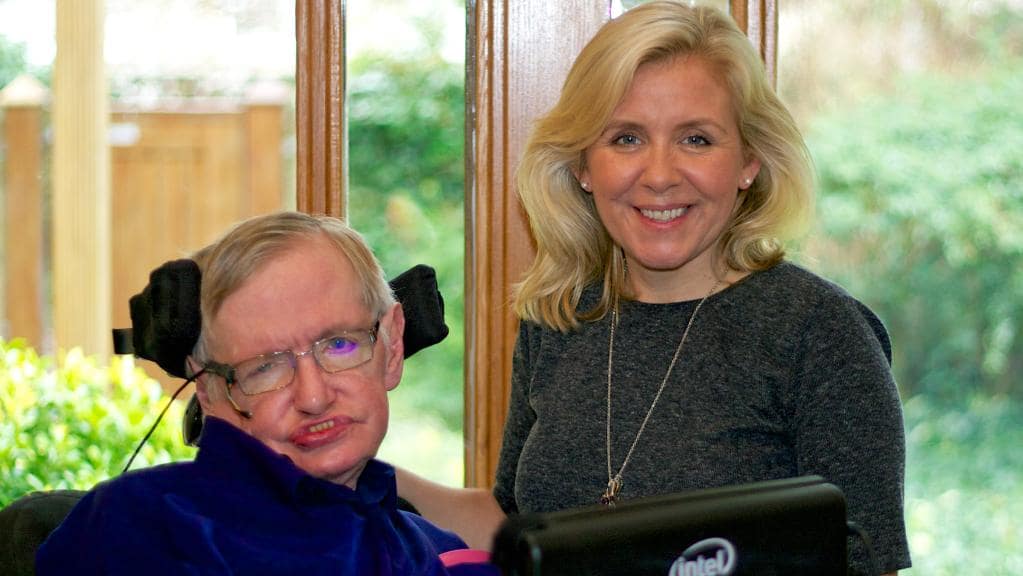 It was a sad day for all fans of Stephen Hawking around the world. His Family had given a statement to the press expressing their grief and have requested the media to respect their privacy. Now the whole world is asking one question, ‘How Stephen Hawking died?’And they didn’t reveal the reason for Stephen Hawking’s death.