Baghdad, Iraq-based healthtech startup Tabib, on Thursday announced that the company has raised 6-figure investment in a seed funding round led by KAPITA and Nass Al Iraq, with participation from the newly launched Iraqi Angel Investors Network. Besides this, the Deutsche Gesellschaft für Internationale Zusammenarbeit (GIZ) GmbH with its project called “ICT for Youth in Iraq” has granted $20,000 towards the seed round for Tabib.

The company will utilise fresh funds to expand its operations to cover the whole country in the coming year.

Founded in 2018 by Ali Alkhazaj, Tabib connects patients with doctors through its platform. The company claims that it has a network of over 300 doctors and processed over 1,000 bookings.

Speaking of the development for Tabib, Ali Alkhazaj, in a statement said,

“We estimate that there are more than twenty thousand doctors in Iraq today, but most patients are finding their doctors through word of mouth. Tabib Baghdad will allow patients to find a doctor they can trust. With the funding in place, we are looking to optimise our backend technology to make the experience of our patients and doctors more seamless. Covid-19 has highlighted the potential of telemedicine in Iraq and this is an area that we are keeping a close eye on.”

Tabib graduated from ScaleUp Academy, an accelerator programme of KAPITA.

Sharing their cognition behind investing in KAPITA, Mujahid Waisi, CEO of KAPITA, said,

“We are very happy to see the progress that Tabib Baghdad has made, from joining the ScaleUp Academy to raising its first round. Kapita remains committed to supporting founders across their startups’ lifecycle,”

“We see a great potential to disrupt and address the healthcare sector in Iraq through technology. We believe that Tabib Baghdad has all the right fundamentals to address this potential.” 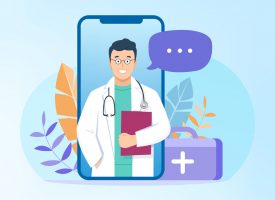