Home / Features / Top projects in Solana that investors should follow

Over the past few years, DApps have evolved rapidly, with DApp developers operating everything from blockchain-based gaming platforms to DeFi platforms.

However, there is one issue. Most of these DApps are powered by Ethereum, which is unable to keep up with the increase in demand, which is clogging the network and driving up transaction costs.

Now, the 2017-founded blockchain network Solana is attempting to succeed where Ethereum fails.

According to buidlbee.com, Solana is a state-of-the-art open-source blockchain initiative that aims to leverage a number of ground-breaking technologies for the upcoming DApps.

The goal of the project is to create large-scale, secure and, as far as possible, dApps that will accommodate hundreds of nodes. Without compromising throughput and avoiding some issues experienced by other systems.

The project was created in 2017. And since then, he has raised over $25 million.

And now, let’s see which projects are worth paying attention to on this platform?

Thanks to DEX Serum, it became possible to exchange assets between chains. At the same time, work from CLOB – the central book of limit orders. The users of the project are in charge of managing it. The Serum SRM management token was introduced by the creators to accomplish this.

Trippin’ Ape Tribe is a hyper-hype collection that already has 370k followers on Twitter and 249k on discord.

New monkeys have appeared on the nft-world and have already managed to loudly declare themselves, gathering a strong community around them, including a dozen top influencers. Beautiful sneak peeks with a dynamic component and well-designed social networks make it possible to add this project to the list of 100% Gems without remorse.

OAK paradise – “the forest has eyes” – such a mysterious description accompanies us in the header of the OAK Twitter profile.

The concept project, which gained popularity at the beginning of the month, already has a strong community of 186k ​​people on its Twitter.

You can get into it only through a direct link from the creators themselves, which periodically appears on their Twitter or by purchasing discord access on the OTC exchange.

A bunch of popular influencers have signed up for the project, and the recent subscription of the creators of the sensational BAYC to this project has become another indicator of its value.

WL can be obtained for various creative activities in the DC and participation in the drawings on Twitter.

A market forecasting protocol based on Solana is called Hedgehog. With it, you can wager on how an event will turn out (for example, elections or a football match). After placing a wager, the Hedgehog smart contract contacts oracles to determine the winner of the game and distribute the winnings to the service’s subscribers.

The distance between Serum, Solana and the user is filled thanks to Bonfida. According to Bonfida, their APIs are in demand by major market makers, with requests growing by 25% every week. They also offer Solana data analytics.

The objective of Bonfida is to continue to be Serum GUI’s flagship. Because Bonfida has the finest UX/UI and offers the functionality that Serum users want, it is currently the top GUI.

On Solana, the automated market maker known as Saber trades stablecoin pairs. Cryptocurrency owners who deposit their coins into the Saber liquidity pool in exchange for passive income offer liquidity for this stablecoin exchange.

Saber uses the same stablecoin exchange method as the popular Ethereum. However, the Saber has a significant plus point — the speed and productivity of the Solana. People are attracted by the liquidity of the platform, which indicates that more and more people will trade stablecoins on this platform in the future. TVL rates SBR as the best Solana token, and it shows no signs of decline.

All projects on the aforementioned list are in various stages of development, ranging from well-known jewels with a developed community to projects that are just gaining steam and have a promising future. 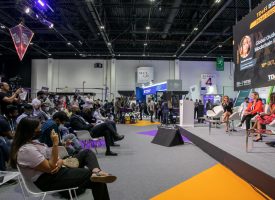 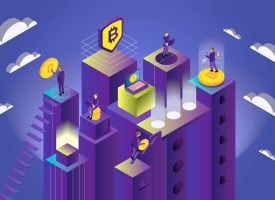 How does blockchain technology work – what do you need to know? 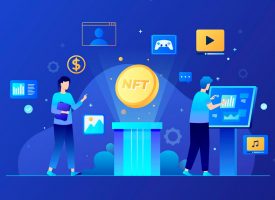