Here’s to the good news, the new law that ensures equal pay for men and women in the private sector of the UAE, has come into effect from today 25 September 2020.

As per a new decree by the President, His Highness Sheikh Khalifa bin Zayed Al Nahyan, women will be paid as much as men for the same job and wages will be determined by market standards and not gender.

Article 32 of Federal Law No 08 of 1980 regarding the regulation of labour relations will be amended to the effect with the objective of reinforcing gender equality in terms of wages and salaries in the private sector.

The Ministry of Human Resources and Emiratisation began the efforts for achieving gender equality in terms of wages by implementing a decree on August 25.

The ministry stressed that the new amendments will help strengthen the country’s regional and international status for upholding gender equality.

The new ruling has been hailed by many as a concrete step towards empowering women in the work space.

“new positive step in the process of empowering women in the Emirates.”

He tweeted that the law will help build a modern state that reinforces equality and justice.

“This step will undoubtedly boost the social inclusivity of women, support their role in national development, and advance the UAE’s status on the world’s Gender Equality Index.”

The UAE leads the region’s countries in bridging the gender pay gap, according to the World Economic Forum’s Global Gender Gap Report in 2020. The country also ranks first in the Arab world and 26th globally on the United Nations Development Programme’s 2019 Gender Inequality index.

Women from the private sector welcomed the law as forward-looking and pro-women empowerment.

FNC member Sara Mohammed Falaknaz said the UAE leaders have always been keen on gender equality and parity, she added,

“Women empowerment is among the top priorities for the UAE government. The UAE leaders and Sheikha Fatima bint Mubarak, Mother of the Nation, have worked relentlessly to ensure that women are equal to men in all aspects. As HH Sheikh Mohammed bin Rashid Al Maktoum said, we don’t empower women, we empower society by women. For the UAE, it is no longer about gender, it is about equality and justice,”

“I think it is a big step forward in ensuring rights for women and goes to show how big of a role women will play in the future of the UAE. I think it will help build belief and confidence in future generations of young girls to know that they have an equal playing field,”

“Any nation, community, or organisation that doesn’t unlock the full potential of its entire population is losing half its resource power. Another brilliant and forward-looking move by the UAE and our beloved President that has enforced the equal pay for equal work irrespective of gender. I feel so proud and excited for such progressive moves that will continue to propel this country forward. I am positive this will turbocharge the growth of UAE still furthermore and will be a game-changer for this region,”

“Congratulations to the great visionary leadership of the UAE. It has proved yet again that the UAE is a champion of women empowerment. This is such a welcoming and much needed amendment in law.”

“It sends such a positive message about our National values and is certainly going to increase efficiency and productivity by attracting the best employees and reducing staff absence and turnover. Apart from ensuring equal pay it will surely encourage women to pursue careers in male-dominated industries and will help to promote skill-based compensation,”

“The UAE Government has come up with a new law ensuring women receive equal pay as men in the private sector. This law shall certainly boost realisation of women’s full potential leading to the betterment of society for further growth and development of the economy. This move will lead to sustaining development vital for the realisation of human rights and reduction of gender disparity. Hats off to the UAE Government for another great initiative, once again.” 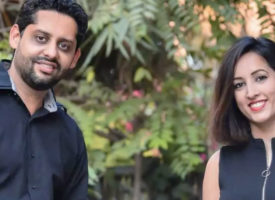 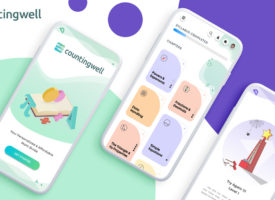 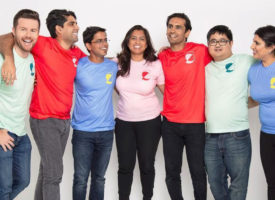