The company is planning to utilise the fresh funds for next phase of growth, helping tabby materially scale its product and engineering capabilities in addition to its lending capacity, further benefiting its merchant partners and consumers.

Founded in 2019 by Hosam Arab, the former co-founder and CEO of the popular online retail player Namshi. The company begain operating with an initial $2 million seed funding, aiming to empower consumers to easily buy what they want, when they want, while remaining in control of their finances. Tabby helps retailers across the UAE and KSA boost their sales by offering their customers flexible payment solutions. Tabby’s Pay Later option offers an alternative to cash on delivery (COD) by allowing customers to purchase products online using only their mobile phone number and email address and requires no pre-registration or credit card to use. Tabby’s Pay in Installments option gives customers the flexibility to pay for their purchases in multiple, interest-free installments without requiring a credit card.

tabby integrates directly into merchant checkouts or POS systems, instantly providing consumers a way to pay for their purchases with only 25% of the transaction value paid at the time of purchase and the remainder automatically charged over 3 monthly installments. tabby does not charge its customers any interest or fees as long as they pay on time and monetizes primarily by charging merchants a commission on sales generated via its platform.

tabby claims that as of today, its customers are able to use its service across more than 500 integrated merchants, including leading global brands like IKEA, Toys R Us, and Ace Hardware and regional retail giants including Al Futtaim Group, Landmark Group, and Apparel Group.

Speaking of the investment in tabby, Melissa Guzy, Managing Partner at Arbor Ventures, in a statement said,

“We are very excited to have backed tabby, the leader in Buy Now Pay Later in MENA which is at a tipping point in digital payments. tabby’s network is expanding rapidly, and the company continues to innovate to offer the best in market solutions for merchants and new frictionless payments for consumers.”

“Buy Now Pay Later solutions are booming globally thanks to accelerated payments digitization and e-commerce penetration, and the Middle East is no exception. tabby’s solution fits squarely within our thesis that fintech solutions will drive better experiences for merchants and consumers. We are excited to partner with Hosam and his team as they build tabby into a regional fintech leader.”

“The shift to online retail has never been more evident, and with it, consumers are becoming ever more demanding as they actively seek convenience and reliability in their shopping experience. And this includes how they pay for their purchases. We’re very proud of the value we’ve been able to bring our retail partners by providing their customers with an exceptionally convenient and flexible way to pay.” 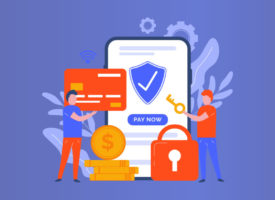 Should you offer your customers multiple ways to pay you in 2021?