The Dubai-based investment platform for global early-stage technology businesses VentureSouq has taken its exit from the Berlin-based Frontier Car Group, a startup that develops, launches, and operates used-automotive marketplaces within emerging market economies.

As reported by Wamda on Sunday, VentureSouq has sold its stake to the OLX Group which is a part of Naspers’ classified business.

“The first time we met the company, the potential was obvious,”

“The team had proven they could execute, and we believed we could be a helpful shareholder for them. Over the span of our investment, they were able to execute multiple transformative moves and ultimately deliver a great outcome for their investors. We are thrilled to have been able to participate with them.”

OLX is now offering all investors an opportunity to sell their equity stakes in the Frontier Car Group. 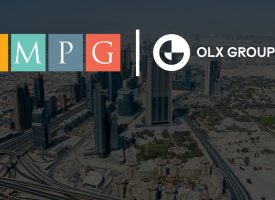 Dubai’s EMPG unveils details of its merger with OLX Group