The upcoming 12th Arab Fashion Week (AFW) to be held from October 21 to 24 will feature the work of five Brazilian fashion designers including Vitor Zerbinato, Emannuelle Junqueira and Sandro Barros and jewelry designer Andrea Conti. The fifth designer to be featured is yet to be announced. The event will include the Brazil Noble Dinner for VIP guests, influencers and investors.

The Brazilian designers will be featured on October 22 in the first edition of the AFW’s Brazil Noble section, whose purpose is to introduce Brazil’s high-end fashion industry in the Middle East. The project is the brainchild of Dubai-based partner companies High Class Corporate Service and AAVVA Fashion, São Paulo, Brazil’s Cia Paulista de Moda, and Rejane Silva of Brazil, a fashion aficionada and the ambassador for this year’s edition of the AFW.

Each Brazilian designer will showcase 16 looks from the October 2020 Women’s Collection, which includes bride satin, tulle, taffeta and other high-end fabrics. The Brazilian designers were picked out by fashion consultant, writer and Cia Paulista de Moda founder Reginaldo Fonseca and by Visciglia.

According to a press release, Brazil Noble is a movement designed to give international visibility and create business opportunities for the Brazilian and international industries in the Arab market, where shoppers are constantly seeking out new products, high-end fashion, glamour and exclusivity.

Speaking of the introduction of Brazilian fashion to the Arab Market, Vincenzo Visciglia, founding partner of AAVVA Fashion, Brazil, in a statement said,

“Brazil has a lot of potential and we want to bring that to the Arab market, where consumers have high purchasing power and exacting tastes, and are constantly looking for unique, original products. We believe that Brazilian fashion meets those requirements. That is why we chose the AFW to introduce Brazil Noble, a fashion event whose values are in line with ours,”

The 12th edition of Arab Fashion Week will be held in Dubai from October 21 to 24 and streamed online across various digital channels including TikTok. 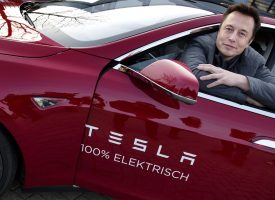 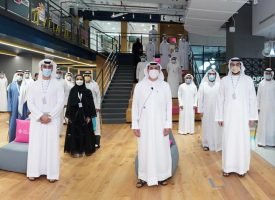