On Friday, WordPress said that Apple had informed it that it had 30 days to add in-app-purchases to its application, which would have given Apple a 30% cut of purchases of WordPress.com plans purchased via the app. Apple’s request was questioned by developers online as the WordPress app previously didn’t offer a way to purchase plans inside their app, rather just on its website.

On Saturday, Apple reversed course on a decision to force popular blogging platform WordPress to add in-app purchases to its app. The company in a press statement clarified,

“We believe the issue with the WordPress app has been resolved. Since the developer removed the display of their service payment options from the app, it is now a free stand-alone app and does not have to offer in-app purchases. We have informed the developer and apologize for any confusion that we have caused.”

The move was earlier seen by some as Apple forcing a developer to add purchases inside of its app in order to give the company a share of revenue that was not previously taken in by the app’s developers. The App Store makes up a sizable portion of Apple’s $50 billion per year services business.

Apple, however, said on Friday that WordPress submitted an update to the app that would have allowed customers to buy upgraded plans in the app, not via in app-purchases. WordPress previously advertised its plans in the app, without offering a way to purchase them directly.

WordPress founder Matt Mullenweg on Saturday refuted Apple’s characterization, saying that the company’s recently submitted update didn’t add any new purchasing functionality. Instead, he said Apple rejected the app for web views that allowed purchases in the app “for a decade.” He also shared release notes for the rejected update, which didn’t mention any new purchasing abilities.

“We will continue to be responsive and do our best to be within both the spirit and letter of the app store rules, including closing any webview loopholes that pop up,” – Mullenweg said in a tweet.

The latest decision on WordPress could calm tensions with developers, some of which have sided with Epic Games in a battle over the fees Apple charges developers. Epic Games unilaterally decided to avert Apple’s payment structure, leading Apple to remove its Fortnite game from the App Store and threaten to revoke its developer account.

Apple added that it reviews 100,000 apps per week and intends to help developers keep their apps on the App Store. The iPhone maker said WordPress no longer violates the rule as it will no longer advertise the plans. 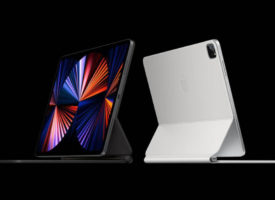 [Shots] Here’s why you should not buy M1 iPad Pro