The Blockchain Technology and Cryptocurrency is forming a massive appeal for the public and private sectors in UAE and MENA region.

In this article, we have incorporated the summaries of all the major disruptions in the past few months in the blockchain and cryptocurrency ecosystem of UAE, Saudi Arabia and the rest of MENA regions.

Here’s how everything went till now…

Also, Kraken – a US-based crypto exchange is about to be setting up office in UAE. Moreover, the conglomerate Emaar is preparing to launch its security token offering in collaboration with tZero – a global leader in crypto trading.

Emaar, that owns the tallest building in the world Burj Khalifa has partnered with Swiss startup Lykke AG to develop a community token. An initial coin offering (ICO) will be considered in Europe within 12 months of the internal operational launch of the platform, it was recently reported.

UAE-based Locuschain announced that they would be listing their token on Latoken soon.

UAE’s e-Mal has raised $185 from by selling its token which they will use to launch more products and partnerships.

Many telecommunication operators in UAE have already started providing BaaS (Blockchain as a service) to enterprises and government organisations. A big example of which is Etisalat announcing the UAE Trade Connect project in partnership with banks and Dubai Land Dept. to offer blockchain Tejari platform.

Apart from Etisalat, Du-telecom is also building two BaaS offerings in collaboration with ConsenSys – a NewYork based software company.

INVAO – a global blockchain investment management company based out of Liechtenstein have decided to move their operations to UAE following strong backings from local partners in UAE.

“Dubai is doing great work at embracing blockchain investments as a leading emerging technology. With such a diverse and international community, the Middle Eastern region is ready to invest in blockchain technology.”

“We enabled the first application of blockchain technology in the offshore drilling industry and will continue to break new ground with applications of Blockchain As a service( BaaS )to improve the bottom line of companies of all sizes. Blockchain will have a major impact on the oil and gas industry – and all global industries – and we will lead the charge in its broad adoption for sweeping operational improvements.”

Turkey has also taken several steps to blockchain development. A major one of which is – the opening of blockchain center in Boston’s Northeastern University (NEU) by Turkish Bahçeşehir University (BAU). The objective of which is to provide informational support on blockchain technology. The key objective of this BAU-NEU blockchain center is to apply for funds in the United States, the European Union and Turkey; to help boost Turkey’s presence in the blockchain market. Turkey has also launched the Blockchain Turkey Platform – an initiative by Turkey Informatics Foundation as an independent non-profit organisation to secure Turkey’s leadership in such a decentralized system and to build a sustainable blockchain ecosystem.

Launch of Bitcoin Watch in UAE

Now, let’s talk about the chief of all cryptocurrencies ‘Bitcoin’. Franck Muller, pioneer luxury watchmaker from Swiss, renowned for creating exclusive timepieces characterized by complicated movements and original designs, announces the launch of the Encrypto, the world’s first functional Bitcoin watch in UAE.

“We always aim to impact the customer at an emotional level and create a bond between the customer and the timepiece. As a brand, we are a trend maker with a solid track record and are not shy when it comes to adopting innovation. Bitcoin is the millennial gold is the perfect marriage between innovation and personal choice.”

The Bitcoin Watch comes as a two-piece “Deep Cold Storage” set, with its own unique public address etched on the dial and a sealed USB containing the private key. Users can add their Bitcoin to their wallet or check their balance directly through the dial. The watch’s QR code and cold storage system were designed in partnership with Regal Assets, a renowned crypto investment company with offices in the US, Canada, the UK and the UAE. Regal Assets is the first company to receive a government-issued license to trade cryptos in its deep cold storage vault in 2017.

“I am honored to be part of the development of this process with Franck Muller. I believe this watch is revolutionary and is the perfect marriage between crypto and wearables, two booming industries. We are Regal Assets have always been big believers in cryptocurrencies and are always glad to partner up with established brands to come up with new and exciting crypto products”

The Bahrain Economic Development Board (EDB) has created a Regulatory Sandbox to monitor startups and development in the country. The sandbox selectively incorporates regional startups and startups from various other geographies. The sandbox currently has 100 startups and this number is getting doubled every year. Out of these, a sizable chunk is dealing in cryptocurrencies and blockchain technology, some of them are Pikcio, Rain Exchange, Plamex, BitArabia, Belfrics and many others. Apart from this, the University of Bahrain has started issuing diplomas utilising blockchain to  curb the falsification of degrees.

“The effect this has had is not only in the improvement in quality of startups but also the exposure this is providing to traditional SME (Small Medium Enterprises) and family businesses as well. This has also benefited big corporates such as banks, telecoms and others. The growth of startup ecosystem not only helps to foster entrepreneurship but also benefits long standing businesses and sectors with innovation and talent pool.”

Moreover, with the new laws and regulations, Bahrain will enable blockchain startups to rapidly digitalize all sectors of the economy including fintech, agritech, logistics and more. It will also ease up trade, transactions and foster new business models.

“We recently were the first country in the world to enact the model law on Electronic Communications and Transactions (MLETR) which was developed by the United Nations Commission on International Trade Law (UNICITRAL). This is a model law that transforms all documentation related to shipping. This will help to bridge trade and finance seamlessly digitizes the economy further.”

According to KPMG – Cost of Doing Business in GCC report, Bahrain is the most versatile economy in terms of leveraging new technology and the most liberalized competitive IT sector bearing the lowest costs.

In April 2019, Bahrain hosted the Global Entrepreneurship Congress to raise awareness about the implementation of blockchain. Moreover, Bahrain has also opened doors for Indian startups to set up base and test their blockchain solutions in its Regulatory Sandbox. Since blockchain and crypto assets are banned in India, there couldn’t be a better opportunity for Indian blockchain startups.

On 1 August 2019, Bahrain-based cryptocurrency exchange, Rain who graduated from the regulatory sandbox of the Central Bank of Bahrain back in February 2019 and earned a Shari’a compliance certification becomes the first Middle East crypto exchange to earn a regulatory license. Followed by the regulatory license, the company closed a seed round of $2.5 million co-led by Bitmex Ventures, and Kuwait-based cryptocurrency fund, Blockwater and other regional participants including Vision Ventures, 500 Startups MENA, and Taibah Valley.

A country that is known for its high investment potency for technology. The National Bank of Kuwait (NBK) introduced RippleNet last year to create a blockchain-based payments network for faster cross-border money transfers. And to expand its network they’ve been partnering with a number of financial institutions worldwide, including CIMB (Malaysian banking groups based in Kuala Lumpur), South Korea’s crypto exchange Coinone, U.S. banking giant PNC, and UAE’s foreign exchange firm UAE Exchange.

Egypt has been taking baby steps to a crypto future. According to BitcoinAfrica.io,  The Central Bank of Egypt with a move to digitalize the economy and reduce transactional costs – conducting feasibility studies around blockchain and cryptocurrency.

In May, the Central Bank of Egypt (CBE) announced a draft law to regulate crypto-related activities and to issue licenses to the financial institutions for facilitating the trading of cryptocurrencies.

In October last year, Codeaku, a Y Combinator graduate edtech startup based in Cairo became the first institution to launch blockchain courses to armour the generation with blockchain education.

Wael Abdoush, General Manager – IBM Egypt has stated that IBM will develop blockchain solutions in sync with the economic regulations laid down by the government in Egypt just like other African regions.

According to the World Economic Forum report, September 2015, 10 percent of the global GDP will be stored in blockchain technology by 2025. This being a strength for nations adopting blockchain while a pain point of India who has developed a hostile environment around blockchain and crypto assets.

So that’s all for now! 2018 and 2019 have already witnessed gigantic heights in terms of Blockchain implementation and growth of cryptocurrency in the MENA market. And we are even more excited to bring you all upcoming updates about the state of blockchain and cryptocurrency in MENA.

ⓘ This article will be updated with the latest summaries of what’s happening in the Blockchain and Cryptocurrency ecosystem in MENA. 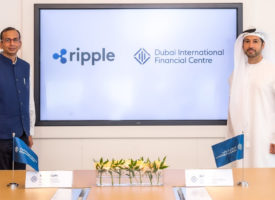 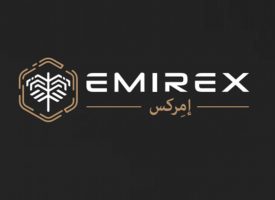 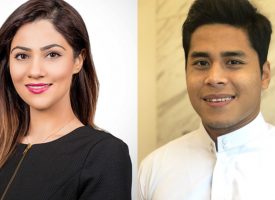