As reported by the Economic Times yesterday, Bengaluru, India-based social media startup owned by Mohalla Tech Pvt Ltd is having a tussle with the music company Lahari Recording Company for copyright violation. The Yeshwantpur Police, Bengaluru yesterday registered an FIR against the Sharechat on a complaint from music company Lahari.

The Twitter-backed social media platform enabled users to download the copyrighted audio content owned by Lahari without their consent. The company in the complaint to the police has mentioned that the distribution of their audio content through ShareChat’s platform has caused them monetary losses.

The police on Tuesday evening visited Sharechat office in Koramangala as a part of legal proceedings. The police to the Economic Times said that they have booked the ShareChat under Section 64 of the Indian Copyrights Act, 1957 along with Section 201 of the Indian Trademarks Act, 1999.

LAFFAZ has contacted ShareChat for further information on how the company is planning to revive through this tussle. This article will be updated upon the revert from the company. 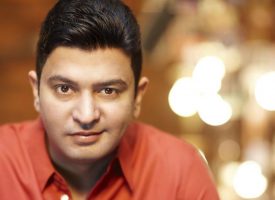