Founded by the two brothers Nauri and Athbi Al Enezi in 2016, JustClean is a Kuwait-based laundry app that connects laundry businesses with customers.

Currently operational in Kuwait, UAE, Bahrain and Eastern Province of Saudi Arabia, JustClean has signed up over 100 laundry businesses in Kuwait since its launch.

The startup on Sunday announced its expansion plans in the GCC region.

“We’re looking to sign up at least ten more laundries in the UAE each month for the rest of the year and into 2020 as we expand our logistics operation in Dubai, Abu Dhabi, Al Ain, Sharjah, Ajman and Ras Al Khaimah.”

“We’re going to be doubling the size of our fleet of delivery vans and drivers by the end of the year, and we’re following a similar pattern of growth in Kuwait, Bahrain and Saudi Arabia, as well as expanding to markets beyond the GCC.”

JustClean will start its operations in Jeddah and Riyadh before the end of the year, with entry into other international markets to follow early next year.

“The company is three businesses in one, namely a marketplace application, a logistics operation as well as a SaaS (software as a service) business. We’re upgrading what is basically a large and underdeveloped sector through the integration of technology into the daily lives of consumers.

“The laundry business in the GCC regionally is currently worth roughly $3 billion, with an annual growth of 9 percent, and it will develop substantially in the next five years. We feel the entire industry will eventually end up online.”

The startup bagged investment from the Kuwait-based venture capital fund Faith Capital Holding after one year of its launch. After which, the deputy chairman of Faith, Mohammad Jaffar joined JustClean as the CEO.

In February, Faith Capital made the announcement of closing an $8 million Series A round funding to the company. 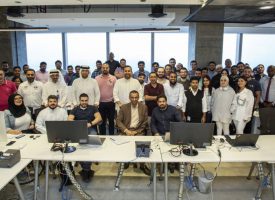 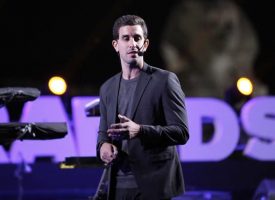