Today we would like to take pleasure in publishing this interview with the Kashmiri novelist Mr. Naveed Qazi in context to his book The Trader of War Stories. We came up with the following series of questions to create absolute relevancy with the author and the title.

Q1. Please tell us something about yourself.

My Name is Naveed Qazi. I am a Kashmiri, currently living in Srinagar. I have been writing columns and blogging for around nine years.

I graduated with MSc International Business from UK based University of Hertfordshire in 2012, and after that, worked briefly in Dubai and Abu Dhabi.

Besides self-publishing my debut novel, ‘The Trader of War Stories (ISBN:978-1984210524)’, I have also compiled an anthology of my newspaper columns and unpublished essays titled ‘Musings on Global Politics’.

Q2. What is the genre of the Trader of War Stories? Please provide the quick synopsis.

The Trader of War Stories is a political thriller. The narrative takes places in different conflict zones around the world. It is centered on a life of a war correspondent, usually protagonist’s span of twenty-five years.

It is fiction, inspired by real-life events. It is a geopolitical thriller and has 23 chapters, including a prologue and an epilogue. It is written mainly in the first person.

The plot summary on the cover goes as:

“Chasing his careerist dreams, Italian British correspondent Matteo Costello comes to terms about living in an amoral world where wars and disorder exhibit power and control.

Being transferred to Beirut from London to cover stories for his agency, he witnesses each year passing by in violent revolutions inciting bloodshed and a sense of humanity perceives in him.

As he manifests himself as a traveler, he finds dividing lines between people of different beliefs, ideas and cultural backgrounds in his assignments.

In this process by living away for several years, his family witnesses desolation of an identity struggle as Italian immigrants in Britain and Matteo tries to fix loose ends with his supportive wife, Roberta and his talented son, Stefano.”

Q3. What was your objective of writing the book?

My objective was to go into long-form writing. I was following my passion and it took me around three and a half years to achieve my aims.

Q4. How did you get the idea of writing this book?

I was intrigued by the life of war correspondents, who are globetrotters because they mainly pursue assignments in the conflict zones.

In this process, life teaches them lessons – lessons of endurance and suffering. Life inflicts various kinds of problems and anxiety upon them. By living in different world cities, they also get a know-how of cultural life experiences and the inherent family problems through distant relationships.

All these real-life issues inspired me.

Q5. Who should read the book or who are the target readers?

I think the content has a potential of a global readership. Anyone from a school going teenager to an old adult can read it. People who like fiction inspired by reality can buy my novel.

Q6. What value does this book create or what are the takeaways for the readers?

I think my novel can bring value in terms of knowledge about war zones, in terms of world history and local culture. My novel revolves around conversations and it also speaks against stereotyping and unwarranted criticisms.

Q7. What do you like most about the book? is there something exceptional?

As an author, I think it gives me a sense of satisfaction that I could weave an original story. I cannot be accused of copying a story from a Hollywood movie and any other novel.

I think the best part for me is that I could write a story that takes place in different parts of the world.

Q8. What do you like least about the book?

Nothing. I will leave the criticism to my readers.

Q9. Suppose you are making a movie based on this book, who will you cast and why?

My character is tall, usually keeps stubble and likes to drink and smoke. I find this question a little funny but the first name that comes to my mind is Ryan Reynolds, the Deadpool star! Maybe, he can resemble these characteristics.

As my book is inspired from an Italian descent character, Stefano Accorsi is another name that pops up in my mind. He is a popular regional actor in Italy.

I answered this question out of the fascination for my protagonist’s character. If someone agrees to make a movie and arranges a budget and ensembles a cast, he has to show the character aging, because that’s the crucial part of the story.

Q10. Is there any other title that has inspired you to write this book?

No. I named the novel myself. But yes, the kind of content I saw in the movies, read in books usually memoirs of correspondents, travelogue books, or the articles which correspondents write for their agencies have been a kind of inspiration.

For me, making a sense of the story was more important. But I will leave the final criticism to my readers.

Q11. Do you possess any similarity with any of the characters in the book?

Yes, there is a character in my novel called Yaqub, who is a Kashmir based Saffron seller. He has a son called Yawuz, who represents the happy go lucky generation of ours. He is ambitious to pursue his dreams of studying and working abroad and has a lot of friends, who narrate to him the highs and lows of their life. Maybe, I can resemble him because I also went through the same kind of experience in my academic and work years.

Q12. Did anybody else contribute in the creation of the trader of war stories?

13. how was your experience with publishing the book with Amazon CreateSpace & how would you like to recommend it?

My experience with Amazon’s CreateSpace exceeded the expectations. Amazon is a leading global brand. I had an option to select the required trim size. I like 5×8 inches British paperback style and CreateSpace gave me that option.

I can recommend CreateSpace to prospective self-publishing writers out there who want complete freedom in publishing, including making book covers. They manage an excellent distribution network. The paper quality is very good. You can get royalties after you cross a certain target.

My only advice to writers out there is that you should have the patience to proofread your manuscript well to ensure professionalism.

14. Where to purchase the Trader of War Stories?

You can purchase both of titles from Amazon itself and choose the format, whether the Kindle Edition or Paperback. Here are the links.

The Trader of War Stories 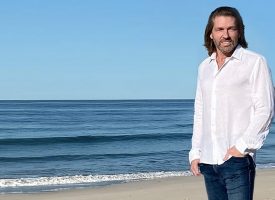 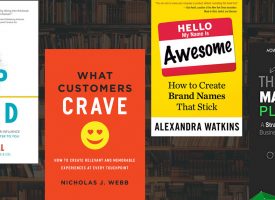