So this is going to be really bitter, unlike all other articles you read on LAFFAZ and many other startup news and media platforms. Today I’m going to unveil the truth behind a number of facts which actually inspire the youth to quit their jobs and hop on to their entrepreneurial journey – without knowing the harsh reality of the startup ecosystem, startup funding, and growth projections.

Harsh reality and facts of the startup ecosystem

No, I’m not demotivating you by saying all this, but I wish to prepare you for the inevitable problems and hurdles that almost every entrepreneur faces in the present day, be it starting a company, seeking mentorship, raising funds, or getting incubated by a startup accelerator or incubator. But the bigger problem is, nobody speaks out about all this.

1. The truth behind Innovation

Do you really think investors invest only in innovative ideas? Well, I don’t think so. I mean, how many times have you seen new logistic, foodtech, healthtech and fintech startups launching up and offering the same products and services which already exist in the market? What investors really care about is the financial projections of your startup i.e. everything that adds up to your startup’s valuation, which includes: how much pre-money valuation you have attained while keeping your startup bootstrapped, what is the user base, how scalable your user base and revenue will be post-funding and much more. And if they find that your startup has great projections to offer, they invest in it. But the problem is behind the word ‘Innovation’, the buzz word is used almost everywhere, which is why many entrepreneurs and startup founders struggle and compromise their mental health to think of innovative ideas and build things around – without knowing the fact that many unicorn startups they hear about are not innovative and still successful.

2. The truth behind parent entities

But what’s the real problem here?

Well, it might look cool for a startup to showcase itself as a part of a big entity formed in the US, but this feeling changes when they actually start tasting the bitter flavour of their association with their so-called parent entities. The parent entity in actual is a company running on a virtual business address by an investor or a group of investors who have both equity stake and revenue share in the startups which they are running under. And this is undoubtedly a hell of a situation for startup founders as they are just working as employees to their investors day and night. Moreover, it is misleading for the audience who read about these startups since they have no real idea of how these startups are operating, and the sharp pain hidden behind the happy faces of startup founders they view across media and news platforms.

3. The truth behind rebranding

Well, this is something really terrible. What if I ask you to shut down your startup’s website and recreate it just for the sake of raising funds? How would you feel? Yes, really disheartening. I can affirm it since it has happened to me once. And I’ll also be sharing my story with you in point #7 below.

You might be thinking what’s the purpose of trashing your months or years of work and recreating something you already have? Let me tell you, it is a game of authority. The investor wants the name of your company to be changed in order to leverage the complete credit of the formation and growth of the new company which is obviously you’ll be building with your blood and sweat, and the investor will enjoy a substantially bigger piece of the pie. The new company formation will come with new rules, conditions and restrictions which might be fruitful for your investor but not you. And one day, you might feel like committing the biggest mistake of your life by deploying your talent for the good of the investor whilst trashing the name and branding that you had built for yourself over the years.

Big fish companies like Apple, Amazon, Alibaba, Uber, Ola, OYO and many new budding startups like Meesho, Bulbul don’t actually have brand names that reveal what actually these respective companies do. Still, you might come across investors telling you to rebrand your company with a name that suits your product or business activity better. Always remember, that such people try to spruce an unfair advantage out of you.

4. The truth behind new and attractive technologies

So, every new startup I read about these days claims that they are leveraging new technologies like Cloud, Blockchain, IoT, AI, ML and so on. But what they don’t reveal to the audience is how exactly they are deploying these technologies, and to what extent. That’s alright, I’m not saying that they should be telling everything but what I have actually found is that there is lesser to no deployment of these technologies in many of the startups claiming that they leverage these technologies. These technologies are used as terminologies to attract user-attention that adds up to startups’ user base or subscriber base and thus the valuation, more funding and stakes distribution further on.

5. The truth behind Valuation

I have asked myself many times why unicorn and decacorn startups don’t donate in NGOs or contribute towards causes, especially amid COVID-19, I expected many such startups and businesses to contribute towards Coronavirus relief, but only a few did. You know what, these startups focus completely on saving the expenditure by suppressing operations and laying off employees. Why? Because they don’t have real money. Most of their money comes by selling stakes and not the revenue.

A great example of an Indian company which you might also be proud of is Zoho Corp, established in 1996 and scaled by creating useful software products which are being utilised globally today. The company doesn’t talk about its valuation but actually have made gigantic revenue through business.

Back in April, when Zoho’s founder Sridhar Vembu contributed towards the PM CARES Fund, he made a couple of statements over Twitter, that reveal this harsh reality behind companies and startups boasting of valuation and unicorn status.

It sounds melodic undeniably that an ex-Uber or ex-Googler has started a new company and raised funds right at the beginning. Let me tell you, very few companies today are able to raise funds at the idea stage. But how these ex-unicorn employees create highly popular and successful startups in a duration shorter than 6 months or a year? Is it their skills that they have developed while working with their employers? Is it because they were really pissed of their day jobs and dreamt of starting a thing of their own out of passion? Or, is it because the actual people running these startups are their ex-employers? No, I’m not criticising such startup founders or their employers. But this truth must be held in front of everybody who feels inspired and motivated with startup success stories nowadays. One hard fact which you must not deny, these startup founders actually leave their big fish employers with initial fundraising for their startups. And that’s the cornerstone reason behind many of the startup success stories we hear today.

Yes, every angel investor that contacts you is not an investor, but in reality, there are people who contact you to perform their scouting job. Let’s face it because not everything is in our control. But it is in our hands and control to share or not to share crucial insights of our business. Let me make the picture clearer by sharing my own story with you.

My story of dealing with an angel scout

Not so long ago, I got a call from an overly-agitated angel investor from Qatar who claimed that he is really interested in my startup and ready to invest within the same month. He then asked about connecting over a Zoom call the very next day, so we did. But what happened after that was immensely disheartening. Let me break it into pieces for you:

Everything was normal and worth a praise until now, but what happened after that was this:

Want to know what happened after I heard him saying this terrible statement above? I completely lost control and aggressively stated: “What do you mean by saying that sir, you are the one who contacted me, you were so agitated and sending me messages all over saying that my company and work is really great!!!”

After that, he rendered a long still, and I really found it important to cut the call, so I did.

He then came over WhatsApp again telling me the same thing that he is interested in investing in my startup and all that sweet stuff. I completely ignored him. For a couple of days, I kept mourning that I had shared a lot of insights of my business and crucial details with him. Numerous questions started to trigger my mind.

I took help from a friend and mentor who is an ex-colleague of mine. After I revealed the whole story to him, he told me that the person is not an angel investor but a scout who wants to form a new parent entity and startup under his authority; and eventually, I’ll be working as a co-founder on paper but his employee in actual. Moreover, my years of work will go into the trash and I’ll again have to recreate everything for him just for the sake of funding.

Guess what, the next time he contacted me, he unleashed all his wrath over me and blamed me for wasting his time, while actually, it was me who got time and energy wasted on such a scout. I kept saying no for days and one day he left by throwing a ‘Good luck’ to me over a text message.

I’m now happily running my startup, bootstrapping and making new waves in terms of scaling my revenue and actively investing in new talent for growth. Hoping to raise funds soon from a good investor or early-stage VC.

I again would like to affirm that this article is NOT intended to demotivate anybody but to prepare all readers for their entrepreneurial journey forward. Whenever you seek funding for your startup or get struck by an investor, think twice about what you share and ask yourself whether or not you’ll be able to keep your authority over your startup and effort moving forward. It is important to raise funds for the growth and expansion of your startup but at the same time, you should take your authority and effort seriously. Remember, nobody has the right to mock your years of work while she/he is trying to utilise your talent via unfair methods.

I also would like to have your feedback on this article, the comment box below is open for you! 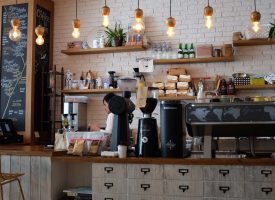 4 Tips for creating a charming Coffee Bar at home 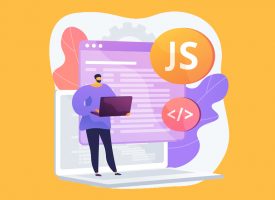 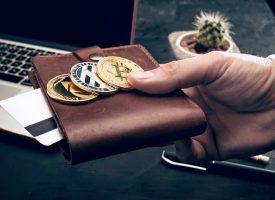