Every time I converse with aspiring or newbie entrepreneurs, I notice chaotic expressions on their faces, because they aren’t aware of most of these startup terms; due to which, they pick the discussion partially. I met a digital marketing professional, a wannapreneur last week at Starbucks and the same thing happened. As much as tried levelling up the discussion, the wearier he seemed to be. After a short delay, I decided to compile an informative list of startup terms with meaning – resourceful to newbie startup founders and entrepreneurs.

If you are a startup founder, entrepreneur or aspiring to be one, then here’s to the list of startup terms that you need to know about. The explanations are quick yet precise. The complex ones are garnished with appropriate examples for your graspability.

The state of taking over a startup or business by another company by purchasing its shares or assets. Example: UAE Minister of Economy Approves the Acquisition of Careem by Uber

When a company or startup is acquired with the purpose of taking over its staff or employees. This saves time for a company to by yielding ready-made resource instead of hiring and training new employees.

IPO or Initial Public Offering is just a way for a business to raise funds from the public. In other words, IPO is an offer made by a business for people to invest in the business and get shares.

It is simply an act of raising capital by offering shares of the business in return. An IPO (Initial Public Offering), angel funding and venture capital are forms of equity financing.

A type of funding in which a business or startup raises money by selling a bond or giving a note to the investor(s) – promising to repay the borrowed money or debt with interest within a stipulated time period. This is more common in case of late-stage startups.

An individual who invests his or her own money at an early stage in exchange for shares of the company. An angel investor can be a high net worth individual (HNI) or entrepreneur willing to invest in a startup.

A high net worth individual (HNI) who invests money in businesses in exchange for an equity share of the company. Compared to angel investors, venture capitalists invest greater amount, particularly in growth-stage or late-stage startups as they have a proven and functional concept they are running over. Venture capitalists invest at least $2 million per round of investment.

A venture capital firm gathers large sums from venture capitalists and investors to fund startups that have a proven concept and presumed to be successful at a later stage.

An angel fund is an investment pool created by a number of angel investors together to invest sizeable amounts in the startups they choose to in accordance with the AIF (Alternate Investment Fund) regulations of a particular country. In India, the AIF regulations are introduced by SEBI (Securities and Exchange Board of India).

The Burn Rate is the negative cash flow of a company. It shows how quickly the startup is spending its capital. Burn rate is essential for determining how much cash the company needs to keep for operating and growing. The burn rate is usually quoted in terms of cash spent per month. Here’s how you can calculate the Burn Rate for your startup.

Some business owners use convertible notes in order to attract angel investors without establishing the valuation of the company or startup at first place. As soon as the company achieves its next milestone or raises funding, the convertible note gets converted into equity.

The point at which an investor sells his or her stakes in a company or startup for a profit or loss. While usually investors exit hoping for the profits but sometimes they just exit in order to get rid of their stake if the company is not performing well.

Exit strategy in terms of business is a strategic plan of an entrepreneur to make a profit out of the company by selling his or her ownership to the investors or another business.

An incubator is similar to an accelerator but there are certain differences. Apart from mentoring and providing space for work, incubators are also responsible for giving new ideas to the startups to help them grow into high-performing enterprises. An incubator develops an environment of co-creation with the startups, unlike the university environment followed by accelerators. Example: Erada Business Incubator and Indian Angel Network.

A legal document meant to protect the secrets of a company or startup such as proprietory code, formulas, strategies, data or customer information. As per an NDA, the company has the right to hold any employee or partners responsible for leaking the company’s secrets.

The point at which a startup or company re-evaluate its model, offering or target markets and revamps its strategy based on the experiments, past records and analysis.

The period for which the founders and employees have to remain intact with the business in order to get their full share of the equity. If you have a 5-year vesting period then you might get 0 percent share of your equity in the first year, 10 percent in the second year and this gradually increases till your fifth and the last year of vesting period to finally get 100 percent share of your equity in the business. A person is partially vested during his or her vesting period and once it gets completed, the person becomes cliff vested.

Lean startup is a concept or methodology that aims to shorten the product development lifecycle and the process of making it available in the market. Companies sometimes build micro products to establish their presence in the market and build a userbase early.

Lean Canvas is a one-page business plan template created by Ash Maurya that helps you deconstruct your idea into its key assumptions. It is adapted from Alex Osterwalder’s Business Model Canvas and optimized for Lean Startups. It replaces elaborate business plans with a single page business model. Here’s more information on Lean Canvas.

The bootstrap or pre-seed stage is that stage of startup lifecycle in which you come up with an idea and starts to make it functional by utilising your existing resources and money from the pocket to ultimately become profitable in a resourceful manner. A startup that bootstraps is called a bootstrapped startup.

The first in the startup funding stages is Seed stage, during which a startup starts to explore fundraising opportunities. Seed funding round is the point at which the startup successfully raises its first official funding from the investors and offers equity in return. A seed funding or round affirms the proof of concept of business and yield initial boost. Example: Foloosi Raises $500 in Seed Round.

The second stage in the startup funding lifecycle at which the startups starts to seek funding from angel investors or participate in accelerator and incubator programs. The aspects of the business such as product, marketing strategy and departments are incomplete at this stage in case of most of the startups.

It begins late in the early stage, it is the level at which key aspects of a startup such as product, strategies and teams starts to shape up. At this point, the startups gain competency to seek funding from Venture Capitalists.

The stage at which a startup actually levels up from the development stage, gets all the aspects of the business set and starts to make consistent sales. Most of the late-stage investments are made via the debt-financing route.

Convertible debt is the money borrowed by a business with the intent of converting it into equity at a later stage of valuation. Convertible debt is used to delay the valuation of the company while raising funds normally. This is generally practised in the early stages of a startup when company valuation is difficult to ascertain.

The process of revamping the capital structure of a company. More precisely, restructuring a startup’s debt and equity mixture in order to make the capital structure more stable. The recapitalisation process encompasses the exchange of one form of financing for another, such as replacing preference shares with bonds. Here’s detailed information about recapitalization.

The first round of investment after the seed funding in which angel investors or VCs invests an average of $2 to $10 million in exchange for equity. A startup or company qualifies for Series A round once it establishes a substantial userbase, functional business model and displays certain key performance indicators depending on the business model. Series A funds are raised with the aim of optimising its offering, pace up product development and get ready for promotion.

B stands for build, once a startup passes through product development, investors contribute money to help the startup extend its reach into the market and work on product positioning. Companies deploy these funds in rigorous talent acquisition and brand or product promotion.

Startups who pass through Seed, Series A and Series B rounds are successful enough to acquire or acqui-hire other business, particularly a smaller competitor. And for that, they need additional funding to build purchasing power. A startup that passes through the Series C round is able to tackle competition, expand its reach and tap into new markets and products to ultimately establish itself as a market leader in its industry or sector.

A startup or company that is valued at over $1 billion. For example: Careem, Uber, OLA and OYO. The term was coined by venture capitalist Aileen Lee in 2013.

Any startup or company that is about to be a unicorn i.e. reaching closer to the valuation of $1 billion.

A decacorn is a startup valued over $10 billion. For example, ByteDance, JUUL, Paytm, Didi Chuxing and WeWork.

A startup that raises $1 billion in a single round of fund. Dragon startup aims to return the entire fund to the investors as they grow.

Percentage of equity or shares are given to a high-performing employee for his or her hard work and establishing the ethical code of conduct. Companies also offer sweat equity for talent-acquisition, which means hiring an individual for his talent or skills which the startup or company is lacking.

A document that lists down the basic terms and conditions associated with the investment in a startup or business. Once both the parties i.e. the business and the investors agree to the terms listed in the term sheet, a binding agreement is done between the parties to affirm the details of the term sheet.

Shoestring refers to a very low or inadequate budget on which a business operates. Most common in case of bootstrapped or self-funded startups as they have to keep development and marketing costs really minimal till the time they start generating substantial revenue.

Laggard can be a person or a business who enters a competitive market that is already matured and monopolised by first movers. Such a person or business most of the times struggle to become successful.

When a startup or business shuts down, moves or downsize, the existing employees are displaced and asked to find work elsewhere; that situation is termed as Lay Off. For example, Jio lays off 5000 employees and workers for cost-cutting.

The act of selling cheaper products or services by a business that initially reaches to the less profitable customers, but gradually takes over a particular industry or market.

I certainly hope that you’ve found this article useful. If you would like to suggest any startup term that I didn’t cover, please let us know in the comments below ⬇︎

Everything you need to know about Entrepreneurship 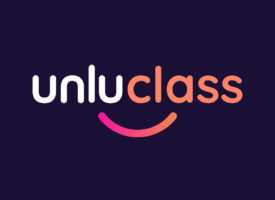 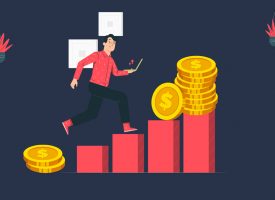