New Delhi: Private sector telecom giant Reliance Jio Infocomm, owned by Mukesh Ambani-owned Reliance Industries, has reportedly laid off a large number of contractual workers along with some permanent workers as a drive to reduce the costs.

Around 5,000 workers, including 500-600 permanent workers, are affected by the retrenching drive which came in the aftermath of a fall in the operating margin of Jio in the January-March quarter, The Economic Times reported.

The report says that major redundancies have been found on the consumer-facing side. The other impacted areas include the supply chain, human resources, finance, administration, and networks. “We are expanding our consumer businesses and Jio continues to be a net recruiter in the industry. We also work with contractors who may be hiring staff on fixed time contracts for our various project construction activities. Given we continue to recruit actively, the question of a cost pressure led action is not relevant,” a Jio spokesperson was quoted as saying. However, the company did not comment on specific numbers, as per the report.

Country-wide, Jio has 15,000-20,000 workers on its payrolls. The actual number of people working for Jio would be much more than that. But these are third-party employees who are employed by a staffing firm which had been hired by Jio.

Typically, the employee costs range 5-6% among telecom operators and companies working to control costs tend to drop the axe first on the workforce rather than improving the services.

Though there is a crisis in the Indian telecom sector, Reliance Jio is the only company that has been making profits after entering the market. Unlike other private players and public sector service provider, Bharat Sanchar Nigam Limited (BSNL), Jio enjoys support from the Centre. For example, Jio reportedly has a debt of about Rs 2 lakh crore. While the public sector service provider BSNL who has the least amount of loans is not even entitled to take loans to meet the needs of the company.

The aggressive entry of Mukesh Ambani’s Jio to the $50 billion telecom market was in September 2016. Ambani who has huge financial muscle was providing various services with drastically reduced charges which forced other telecom firms to cut the prices to sustain in the highly competitive market.

The aggressive strategies of Reliance Jio had a big impact on the entire telecom industry. To survive in the industry, a few telecom companies merged which resulted in mass retrenchment of workers. In 2017 alone, an estimated 75,000 jobs were lost in the private telecom sector due to financial stress faced by companies. More and more people have lost their jobs in the telecom sector in the following years due to this crisis.

“To overcome these losses, the telecom companies have cut down their workforce,” P Abhimanyu of BSNL Employees Union had observed earlier. It affected a section of workers in the telecom industry which directly employed around 2.2 million people. Finally, this has reached the doors of Jio, too.

According to Telecom Regulatory Authority of India, as of March 2019, the number of wireless mobile users of Reliance Jio surged to 9.4 million, while there was a big drop in users of Bharti Airtel and Vodafone, by 15.1 million and 14.5 million, respectively.

This news was originally published on newsclick.in 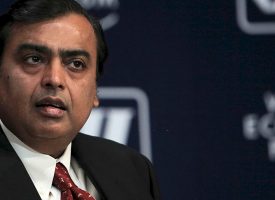