temtem, a major mobility player in Algeria told LAFFAZ today that it has partnered with Karos, a French leader in home-to-work carpooling. The French mobility player is expanding internationally for the first time by partnering with temtem.

At present, Karos has a user base of over 380,000 users in France, with nearly 3 million shared rides carried until now – making it a successful, innovative, and a tried-and-tested mobility solution dedicated to companies and local authorities.

According to the statement by temtem, Karos ride-sharing app has been adapted to the Algerian market and launched by temtem on 15 February 2020 – rewarding the company by attracting over 20,000 users already. This speedy user-acquisition for Karos in Algeria is 10 times faster than that of Karos in Paris – the statement added. This indeed certifies the need for carpooling and its demand in Algeria.

With this rewarding initial userbase aboard, Karos aiming for growth in Algeria by deploying its speciality model that has seen proven growth in France i.e. Karos Enterprises (for Companies) and Karos Territoires (for local authorities). Apart from this, Swissport and a major international bank have also signed up for Karos Enterprises offer to optimise the daily mobility of their Algerian employees.

According to the Karos, this deployment in Algeria will also form the basis for the company to test its technical solutions with B2C economic model by providing long-distance city-to-city carpooling, which is a service in high demand in Algeria.

Commenting over the idea of carpooling and sharing insights, Olivier Binet, co-founder of Karos said…

“Urban sprawl and the limited public transport available outside city centres are global issues, which we are already addressing in France with proven results. The African continent represents a tremendous opportunity for our model, with a potential of more than 2.3 billion carpooling trips per year. This initial deployment abroad, launched only 3 months after signing our agreement with temtem and already with 20,000 car-poolers active in Algeria in just 15 days, all prove our ability to roll out our technology and model in an efficient, scalable way in a new country. This is solid proof that now enables us to nurture great ambitions for short-term international expansion,”

Kamel Haddar, Founder of temtem commenting over the core requirement of tapping into the carpooling segment told LAFFAZ…

“After analysing information on the use of temtem, our data scientists concluded that the market needs a low-cost solution to complement ride-sharing, especially for commuting from home. With the Karos service in Algeria, we want to respond to a societal issue while factoring in the ecological aspect, which is part of the smart city initiatives deployed by the Algerian government and its Minister of Start-ups,”

According to temtem, Morocco and Tunisia will be the absolute settings for subsequent launches of Karos. Karos is projected to be launched in Tunisia in June in a move to capture the flow of holiday trips made by 2 million of Algerian tourists each summer. 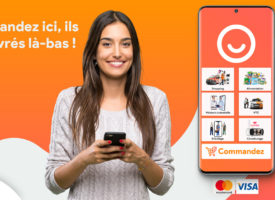 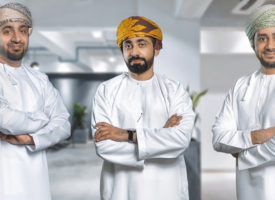