As we know UAE’s Securities and Commodities Authority last month, announced its move to making female representation compulsory in the country by ensuring that all listed firms will have at least one woman on board.

This is similar to what was announced in India by the Securities Exchange Board of India (SEBI), back in 2015, and makes perfect sense globally and will add value to all the companies which take affirmative action. Data from the National Stock Exchange (NSE) showed that of the 1,479 companies listed there in 2015, 451 Indian companies, or roughly one-third, were yet to find women directors.

Having decided to, and having extensively in the past, devote much of my time and energy to working on ventures & collaborating with fabulous individuals and teams who get things done (fast), I have always felt things work a ‘bit’ slow in BHAC or ‘Big Hairy Audacious Corporate’ – Ok, that’s a play on BHAG, & a compliment guys; let’s not get stereotyping, shall we?

All things aside, the first thing that crossed my mind was as to whether women, who had proven themselves in the entrepreneurial arenas, were being leveraged for the opportunity for companies at hand; and if not, why?

I have always been all in for merit especially wherever we can leverage talent and potential to achieve things; and have been guided by an individual or firm’s actions speaking more for them than their proclaimed intent on their Facebook wall, or, Vision & Mission statements. One of the potential answers, for me personally, has been obvious – Getting on board entrepreneurial leaders who had proved themselves in various fields, and who also happened to be women. Winning, twice over!

Just thinking of a subset from the entrepreneurial leaders I have the honor of personally being connected with, can think of entrepreneurial women who not only have run global business houses and the numerous verticals there with elan, but also women who have started companies from scratch, made acquisitions in India and abroad, worked on multiple ideas at a time and spun off ventures from their core companies, scaled ventures and initiatives not just within India but globally, convinced investors to partner with them and raised funding for their current and next ideas etc. To say that we might not have enough candidates who fit into a checklist made up by ‘someone’ is to miss out on partnering with entrepreneurial women leaders with skills and drive differentiated to a different level altogether.

As leaders across the globe think and work on tackling various economic issues at large, including unemployment, minimum wage, income inequalities etc, Earnings and Wages Data from The Organisation for Economic Co-operation and Development (OECD) throws light on some interesting (& perhaps, not so shocking now) challenges in terms of figures across economies which also include likes of United States, United Kingdom.

When one goes looking for India, as I inadvertently did, the World Economic Forum Global Gender Gap Report 2014 shared a ranking of 114 for India. Given the first step in solving a problem is to recognize it, I will give you some time to soak this in as I believe if you are still reading this, you may very well happen to be a well-wisher of India and the world.

Given solving problems requires one to spend time thinking about it, does it make sense to have leadership representation from women who represent 50% of the individuals across undergoing these same issues; this without discounting the diverse set of skills that they bring to the table?

When thinking on the topic of women leadership representation on boards of public companies in India, does it make further sense when we drill down to companies and their role in understanding and catering to consumer or customer demands, especially where the target markets comprise of roughly 50%, or more, women in cases where applicable?

If you ever intend to solve a problem or improve a market, customer experience, add to the list, & are serious about doing a good job, I suggest you favourite the tweets above as a first step.

Studying Norway’s experience with getting Women on Corporate Boards, one finds that for Norwegian companies, this resulted in the potential to enhance the level of firm innovation and enhanced corporate governance and board effectiveness.

To deepen my understanding on the topic & especially regarding the then scenario in India, I got speaking with my friend Sairee Chahal, Founder SHEROES.in, one of the leading career platforms for women offering opportunities, mentorship and resources. Sairee, and her team at Sheroes, has definitively reinvented the word which Maya Angelou so incredibly introduced to the world.

Sairee shared that even though quite a few companies have come forward and appointed women directors, one can observe that in quite a few instances, the individual was from the promoter family, thus not really adding to the purpose of bringing in true diversity esp when we think in terms of franker viewpoints in the boardroom, which aid guided and better decision making. I agree with Sairee mostly there (more like 90%), because excepting a few names from the business houses who have done incredible work on various initiatives, one can expect a fair percentage of women directors appointed to have the same voice as the promoters given their (till current) limited experience of leading initiatives, or working on boards – public, private, corporate, startup or add to the list.

This is changing though, and there are more and more incredible women from family businesses too stepping up, making their voices heard and setting the tone for the next phase of growth for their family businesses.

Sairee shared that there was also an opportunity in terms of preparing Pre IPO companies to factor this in from an earlier stage – Given more and more entrepreneurs and investors are dreaming bigger with an IPO as one of the plausible routes of exits, and given the need to ensure as smooth a transition as possible, it would make sense for them to plan this in sooner than later.

Sairee also spoke about the opportunity to study, learn and apply learning from other countries, who had reaped benefits from increased women participation, which included Scandinavia, Denmark, Norway etc. She shared one could also expect the contribution from women leadership in Boards to positively enhance, if not accelerate, sectors and companies which were women focused.

I also reached out to my friend Shikha Uberoi, who is not only a former number-one Indian Tennis Player counted among the ‘Top 10 Fastest Servers in the World’ but an entrepreneur who has founded a couple of companies over the years.  Shikha is now working with her Co-Founder Divyansh Bajpai to bring Indi.com to India.

Shikha shared there is a ‘wait and see’ syndrome that hurts women in their rise. They seem to wait for others to merit their promotion versus outright stating it. Whilst most men outright state why they deserve a raise in their job or a promotion, more women wait for someone to see it. She shares the key for women to succeed at the workplace is in knowing what their USP is and being comfortable stating it to themselves and then those around them.

Was also made aware of the fact that China’s Alibaba Group counts 9 females among the 27 partners who control management including Chief Financial Officer, Chief People Officer and Chief Customer Officer among other top roles; which speaks highly of the skills of these partners at a $200+ Billion behemoth like Alibaba.

Likewise to Sairee, Shikha too believes that if more and more companies want to succeed in the growing and intense Indian market, they should simply hire more women given they constitute half the population – They know what half of your customers want, how they think and where they are headed.

P.S. As I near the end of this post, I do hope that you managed to take in the title right – it’s women empowering companies, and hopefully no longer woman empowered companies as an effort that we are striving and moving towards, and a welcome one at that.

One does now hear about bootcamps being pioneered by Sheryl Sandberg and Marc Andreessen, for elite corp of diverse candidates to serve on Boards, coming up in the US, and I can’t help but now wonder whether and how fast we can get this going for folks in India too. Entrepreneurial leaders who just read this and got excited about the underlying opportunity – Yes, please do.

If the current opportunity to have women directors goes beyond Indian nationals, this could also open up all kinds of possibilities to bring in global diversity and perspective, hopefully further improving current governance standards.

Sharing a tweet from the #SFEmpower Chat powered by Sankalp Forum, from back in 2015 when I was penning the original article:

Time for companies to step up, and play their part in recognizing & partnering with incredible women leaders; as we all collectively write history for India, UAE and the rest of the world.

The above article was originally published in 2015 by Monce C. Abraham on his official portal when a similar regulation was passed by Securities and Exchange Board of India (SEBI) for India. 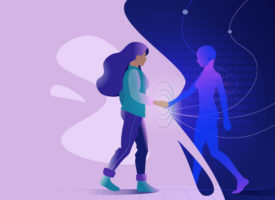 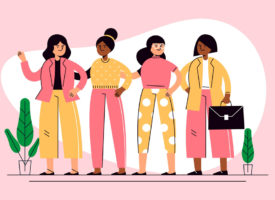 Rise of female entrepreneurs and women techpreneurs – the big next 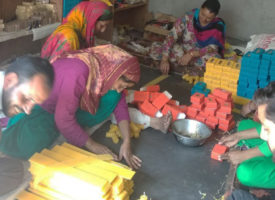