We take a lot of pride in being the most intellectually capable beings on this planet. We’ve begun questioning many beliefs hitherto we followed as a norm. What intrigues me is how come marriages are still in vogue. When we questioned things like religion and monarchy, why didn’t we want to show our intellectual prowess in this arena?

On the similar lines, I would like to answer the one common question of youngsters these days in light of my opinion i.e. ‘Is marriage necessary?’

Here are the reasons which makes me feel that marriages in today’s time are unnecessary.

While many people have a lot of faith in the institution of marriage. There are numerous reasons it is an outdated concept. Firstly, it came about to protect women. A few centuries ago, and in some parts of the world even today, women are treated as objects for sex. They get raped by numerous men and are impregnated with no assistance to raise the child.

It is, for this reason, religious leaders at the time came about with marriage so that women had some status in a society. This was the reason the whole concept of a woman being someone’s “property” came about. If a woman was seen as someone else’s property people usually stayed away and respected the fact that she was another man’s.  This is why so many people are invited to weddings, to announce that this young maiden, henceforth, is taken.

A marriage in today’s day and age thus seems like reinforcing this outdated concept, where you are bound to another person for all of eternity.

Whether or not you feel it necessary to get married, your parents have every sort of reason to justify the one argument i.e. ‘Why is marriage important?’. We now even have Counseling for people who are not married don’t want to get married. Like seriously? They are trying to be profitable while turning you against your decision.

2. The Fantasy of “Love and Companionship”

Many people claim a marriage is for “companionship” and “love”. Off the top of my head, I can think of at least 10 married couples who are neither in love nor like each other’s company. There is only so much you can put up with any person, however much you think you like them. Many of the people who are constants in our lives are usually our blood relatives who we sort of have no choice but to be with.

Expecting a single person to unconditionally offer you love and support for nearly a lifetime is being unfair to them. Each of us, in our hearts, know clearly that we are incapable to offer so much love and warmth to another person, but we don’t mind putting this pressure on them.

In many societies that take marriage way too seriously, marriage basically happens to be a sanction for sex. Take India for example, premarital sex is frowned upon. The libidinous yet sexless amongst us, to whom marriage is the only chance at excitement, are too clouded by our carnal desires to really analyse this and argue against marriages.

Our bodies, and when we decide to procreate, are our decisions to make. Whatever our choice, as long as we are capable to take responsibility of our actions, we shouldn’t be judged for it. If sex is such a bad thing, the fact that a religious savant has read out a few incantations and given us his blessings doesn’t immediately purify the deed.

Whatever other’s like to believe, a lot of marriages are arranged marriages, and these are the most superficial and judgemental conventions that the masses so casually approve of. It’s as if they themselves have owned up to their shallowness. As soon as the girl hits the age of 21, she starts being questioned for not getting married and poked for the reason of not to get married.

Men are judged based on what they earn and women primarily on their looks. These days even men are rejected for things like skin colour and so on. Both these standards tell you nothing about how the person would be as a partner. You could have a wealthy son-in-law who happens to be a very skilful sociopath who will mentally scar your daughter for the coming years. You can have a stunning well-educated daughter-in-law who is also an emotional abuser.

5. The illusion of “Permanence and Stability”

Divorce rates in even regressive countries like India are increasing and this is anything but a bad trend. A divorce is not parents being selfish, it is sensible adults being honest about their feelings. Kids will grow into healthy happy adults as long as they were given love and care in their childhood. Two constantly quarrelling parents can’t give this to a child.

Your partner should want to be with you, even without being bound by the shackles of marriage, that is a healthy relationship. Even regular relationships, where there isn’t so much pressure to adhere to customs and norms, are ending at the drop of a hat. This just goes out to show that most of us (irrespective of what Hollywood and Bollywood have brainwashed us into believing) are not suited for monogamy.

As mentioned earlier, however much you care about a person, there is only so long you can compromise and peacefully coexist with them. Even marriage cannot change this inherent tendency.

Live-in relationships are recognised legally in many countries and many divorced couples choose not to get remarried and live a happy peaceful life by themselves. Men don’t need a cook and domestic help, they are capable enough on their own. Likewise, women are earning handsome salaries themselves and don’t need to the supplementary income of a spouse to fulfil their needs.

Until the time we actually get married, we’d have happily managed a good 20-30 years without the emotional support of a partner. Living with anyone peacefully for a long period is unnatural and shouldn’t be made a compulsion.

It is high time we, the most intellectually capable beings on this planet, take a call regarding this matter. Please share your opinion about marriages with me in the comments section below ⬇︎ 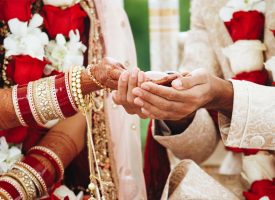 Common questions people ask about the girl in an arranged marriage 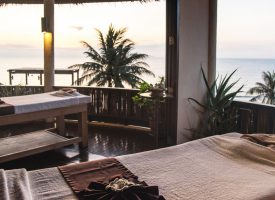 5 Reasons to Celebrate your Wedding Anniversary in a Luxury Accommodation 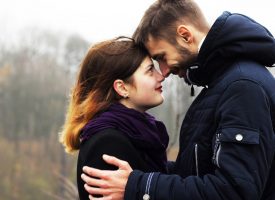 Why We Need Respect In Relationships?