The recent Asifa Bano case has run shock wave in the spines of people nationwide. The eight-year-old Asifa was gang-raped and murdered in January this year. But very recently, it got the attention of people and hit the newspaper headlines when some Hindu right-wing groups protested in support of eight Hindu men who committed this sinful act and arrested by police. And that’s where the case becomes centric to religion.

The arrested men include a retired government official, four police officers and a minor too. And all these men are involved in a land dispute concerned with Muslim nomads and Asifa’s family.

How it all started?

The body of Asifa Bano was found on 17th January in a forest of Kathua city, Jammu & Kashmir.

As reported by BBC news, the crime took place in one of India’s most restive regions. Since 1989, there has been an armed revolt between people of Kashmir Valley (Muslim majority) against Indian rule. The Valley is adjacent to Hindu majority Jammu.

Asifa’s family belongs to a community of Muslim nomadic shepherds. They often travel to Jammu in the winters to use a public forest for grazing of their animals. This act came into contradiction with the Hindu residents of the region. According to the investigators, the accused men wanted or have forced the nomads to go out of Jammu.

How and where Asifa’s Rape & Murder was done?

As reported by Gulf News, in early January, Asifa Bano was grazing her horses in a field in Jammu. As reported by police, the girl was grabbed by the neck by a man and was dragged to a nearby temple with the help of another man, later given sleeping pills. They locked her inside for 7 days and raped her again and again. In the end, she was strangled and one of them even insisted to rape her one more time before murdering her.

Police arrested a total of 8 men and they have confessed their crime and told that their objective was to drive Asifa’s nomadic community out of the Jammu area. The involved police officers have even taken thousands of dollars to cover up the case. One of the arrested suspects said that he was 15 years old while police believed that he is at least 19.

Asifa case: A battleground for religions

Asifa rape and murder case gave rise to the fight between religions as the crime was committed with an objective to drive out Muslim nomads out of Jammu which is a Hindu majority area.

After the arrest of accused

The arrest of the eight men, the lawyers of Jammu city tried to prevent the entrance of police in the court for filing the charge sheet. Thus, it is true that the lawyers were supporting the Hindu right-wing group. They bragged that the accused men were innocent and demanded to transfer the case to India’s federal police.

The aftermath of the case

As reported by Times of India, BJP’s opponents and the chief minister of J&K Mehbooba Mufti opposed BJP for favoring the accused. Due to which two BJP ministers Lal Singh and Chandar Praksash Ganga filed their resignations. These two ministers were involved in the attack on the police for arresting the accused rapists. The party secured their resignations later. Sources say, that these two ministers were recalled by PM Modi himself.

On 12th April, both Congress chief Rahul Gandhi and sister Priyanka Gandhi led the candlelight march to India gate to protest against Kathua and previous Unnao rape case and to condemn government’s silence in regards to such horrifying crimes. They even reminded people about PM Narendra Modi’s Independence Day, 2014 speech in which Modi said that his government is committed to the welfare of women.

Here is the complete coverage done by the Quint channel

The statement made by PM Modi

The Prime Minister Narendra Modi wasn’t active and kept silent earlier. But after being attacked by Congress and other parties he came up with a statement on 13th April, Friday “The incidents (Kathua & Unnao) don’t reflect well on any civilized country. They shake our humanity. We are all ashamed as a society, as a country. I want to assure the nation that no culprit will be spared. Our daughters will get justice. We all will have to join and remove this evil from society ”.

Here is the speech from the Prime Minister

He also came up with a couple of tweets in the evening:

Celebrities and politicians came together

Let us again mention that our PM Modi came really late with a statement and Tweets. The Bollywood actors and Indian celebs and politicians came prior.

Imagine what goes through the mind of an 8 yr old as she is drugged, held captive, gang raped over days and then murdered.
If you don’t feel her terror, you are not human.
If you don’t demand Asifa get justice, you belong to nothing.

How can anyone protect the culprits of such evil?

What happened to Asifa at #Kathua is a crime against humanity. It cannot go unpunished.

What have we become if we allow politics to interfere with such unimaginable brutality perpetrated on an innocent child?

My heart is broken and I am filled with anger and disgust. Asifa has suffered and gone at the hands of criminals who have also evidently murdered our collective conscience! #Asifa #Kathua #Unnao

A life is lost a childhood taken & yet everything is politically connected leading to a so called secular country getting divided on caste & religion because that digresses from the reality that our country, the silent government & its leaders still don’t respect woman or lives. https://t.co/TRNyTB8E3r

Is this really the kind of country we we want to be known as to the world today ?? If we can’t stand up now for this 8 year old girl regardless of our gender,caste,colour or religion then we don’t stand for anything in this world.. not even humanity.. makes me sick to the stomach pic.twitter.com/BDcNuJvsoO

Ashamed appalled and disgusted by fake nationals and fake Hindus. I cannot believe this is happening in my country. https://t.co/V8tKoo6viX

A 8 year old is drugged, raped & murdered and another one is fighting for justice for herself and the death of her father in custody.
We have a choice either raise your voice or be a silent spectator.
‘Stand up for what is right even if you are standing alone.’#Kathua #Unnao

Renuka Shahane came up with something even more powerful

The Bollywood renowned actress and social media activist Renuka Shahane came up with some really powerful statements in her recent Facebook post.

Something we can learn from Pakistan

We always pity Pakistan for their law and order. At least they give death sentence to the rapists. A recent example is the Zainab Ansari rape case of January. The rapist was given death sentence brutally in public. It is our own country where rapists roam freely.

Does this ring any bell?

We live in a country where people are being punished for eating meat, the country whose government officials themselves march to support the rapists.

Now the rape was happened in a religious place and committed by Hindu people. Apologies for mentioning the religions but this time I’m doing it just to balance the partiality created for Muslims in our country till now.

When a Muslim commits the same thing, these non-political parties and so-called nationalists give rise to riots and take lives in the name of religion. But when such a sin is committed by Hindus then our government officials themselves march to support them. Is this a joke?

Abuse me if you think this is right. Write against me everywhere on the internet if you think whatever I’m saying is wrong. Does it really really requires pressure for the Prime Minister of the country to speak against such horrifying crime?

Our news channels have enough time to showcase Salman’s black buck killing case but they are least bothered about inhuman harms rapists do to daughters, sisters, wives, and mothers of this country.

I won’t be voting for BJP in the next elections. And if you still think that BJP is a good party to lead our nation then please read this report by Times of India about numerous BJP members involved in criminal activities.

Tell me what do you think in the comments section below. 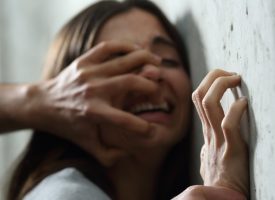 Rise of Rapes in Haryana – Why Strict Laws are not being Implemented? 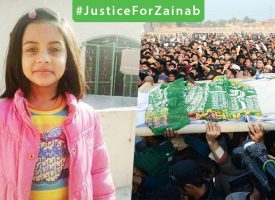