India is said to be the country with the most English speakers in the world. The wannabes aside, there are people who genuinely aren’t well-versed with their native tongue, but can converse in English with ease. Nearly all schools have English as their first, second or third language.

Keeping these facts in mind, it isn’t a surprise that we have a whole set of globally acclaimed Indian authors that have written stories in English that cater to Indian readers but have managed to resonate with Indians and foreigners alike.

Disclaimer: The below list is not in any particular order and should not be considered as such.

The White Tiger by Aravind Adiga

It may come as a surprise to many that this was the author’s debut novel. It was critically acclaimed and shot to fame when it won the 40th Man Booker Prize. It is a storyline that appeals to foreigners and feeds them the stereotypes about India they crave for. It is the rags to riches story of a young village boy and how he survives against all odds. It talks about class struggle, poverty, limited opportunities, and other issues that plague Indians of all strata of society.

END_OF_DOCUMENT_TOKEN_TO_BE_REPLACED

The God of Small Things by Arundhati Roy

Yet another debut novel that won the Booker Prize, “The God of Small Things” has managed gathering readers even today. It is rather complicated to read and has quite a dismal plot. However, it is not the typical Indian narrative of suffering and struggle. It is a story of the uphill battle we call life and how casteism, forbidden love, and other aspects play a part in it. Through her book, Arundhati Roy has not just told a moving story but also showcased how talented an author she is.

END_OF_DOCUMENT_TOKEN_TO_BE_REPLACED

The Palace of Illusions by Chitra Banerjee Divakaruni 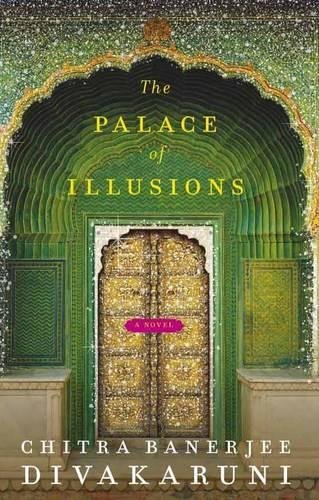 Published in 2008, the book has gained popularity thanks to its reception and relevant storyline. It is a retelling of the Mahabharata with a twist. Here the narrator is Dhraupadi and she narrates her tale of surviving in a patriarchal society. It details how she was treated as a mere pawn for others to have their way. Like the empowered Indian Nari, she doesn’t make an excuse for her plight and emerges a hero(ine?) at the end of this rendition. It is a bold and honest narrative and is especially relevant in today’s time as it sh