Today I stumbled upon a video titled “Young Virgins For Sale – The Controversial Bride Market of Bulgaria” on Vice YouTube channel. It’s really heart-wrenching to know that even in this time what we call ‘the 21st century’ such horrendous events are taking place.

Every spring, in Stara Zagora city of Bulgaria, a controversial bride market is hosted by a community called Kalaidzhis where young virgin girls are assembled in front of suitors who bid on them. It is surprising to note that the market is the biggest annual event conducted all across Bulgaria – hosting over 18,000 Kalaidzhi Roma people.

It is also known that the community i.e. Kalaidzhi Roma, a sub-group of the Roma (Rome) people face prejudice and exclusion across Europe. Selling virgin girls as brides is one of the traditions of Kalaidzhis.

According to an article published on Asia In Global Affairs, the Kalaidzhi community doesn’t allow women to meet or date men until they are sold off to their potential husbands. The Roma group migrated to Bulgaria and other states of eastern Europe in about the 12th -14th century. The 2011 census report of Bulgaria states that only 4.4 percent of the population are Romanian Gypsies. The Roma group is outcasted by the non-Roma people, about 59-80 percent of non-Roma do not have positive feelings for them. Due to the social stigma and discrimination that they face, crime rate, unemployment rate, birth, death rates and poverty levels are higher than the rest of the population. Lack of social benefits, many are not privileged to attend school. Due to lack of proper education, they like to stick to their old tradition of the Bride Market, unaware of violation of human rights.

To help you garner a visual sense of the virgin bride market of Bulgaria, I would like to bring forward this video from Vice, where a correspondent Milène Larsson travels to Orizovo, a village in Bulgaria to know more about Kalaidzhi people and how their daughters feel about being sold off.

Larsson meets a Kalaidzhi family with two daughters Pepa, 25; and Rosi, 19. Pepa tells Larsson that the bride market tradition is important because Kalaidzhi is a closed community. Kalaidzhi women must be virgins to get married. A lot of money is given for virginity. Pepa’s mother Vera tells that if the girls are not virgins when sold, people regard them as whores, sluts and disgraceful.

Larsson finds out that Pepa and Rosi use social media and explore and choose guys for themselves so that they can meet at the bride market. The girls are allowed to spend big on clothes and accessories to impress the opposite sex.

The women are not allowed to get educated and fulfil their dreams and have a life beyond being housewives. Only 10 percent of Bulgarian Roma women have secondary education, and every one in five are illiterate.

The majority of girls get married between 13 to 20 years of age, and Pepa being 25 is very old as per the Kalaidzhi terms.

Larsson also gets to meet Pepa and Rosi’s cousins who are also being prepared for the bride market. When asked about their opinion, the girls clearly say that the bride market is scary and the rule that imposes virginity until marriage is unfair. And getting married to an older rich man is a legit fear that they experience.

Before going to the bride market, Larsson meets a woman named Vesey with whom she had arranged a meeting in advance. Vesey is rebelling against the bride market tradition and desires to become a businesswoman and respected. She affirms that selling girls is bullshit and really old-fashioned.

After visiting the bride market, Larsson interviews a few guys and seeks their opinion on bidding on girls. One of the chaps says that he doesn’t like it but he is doing it for the sake of the tradition.

Speaking to Vera (the mother of Pepa and Rosi) during the bride market,

Experiencing the bride market herself, Larsson concludes that the bride market is a massive speed-dating event unlike a forced marriage market as the media reports – taking views of Vera (the mother of Pepa and Rosi) who says,

“The suitors can’t buy girls here. Boys can only ask for the girls’ hand here. People are starting know and like each other. A suitor has to come to our home and that’s when I sell her.”

It is clear that the Kalaidzhi girls have no choice but to surrender themselves to the bride-selling tradition. The bride market doesn’t seem like a forced marriage event as far as Larsson’s opinion is concerned, but it is really unwise to follow a tradition that imposes illiteracy and virginity on girls – barricading their desire for education and following their dreams. 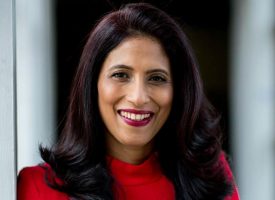 Leena Nair has been named as the Global CEO of Chanel 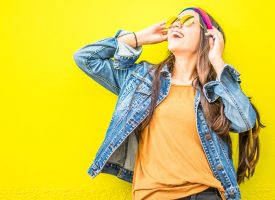 This is how the fashion industry will look like in 2022 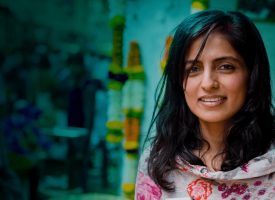