A team of college students from Enactus, Netaji Subhas University of Technology have set out to revive the once flourishing and intricate art of Urdu and Arabic Calligraphy through their flagship project, Project Kitabat. The team recognised the need to preserve and foster an integral part of the
Indian culture and history and to uplift these Katibs from the hapless circumstances.

The bustling streets of Old Delhi were once a home to scores of adroit men and women whose souls reverberated with the art that they had inherited through generations. One such art form that flourished on the Urdu Bazaar road was Arabic and Urdu calligraphy, popular by the name of Kitabat.

The art that once echoed the glory of Indian culture is dying a silent death, struggling to find an existence in the modern era of digitisation and 3D printing. Consequently, many Katibs or Urdu calligraphers switched to other professions to earn a living and those who still continue as practitioners are rendered jobless for days.

There was a need to create a high-demand market for the Katibs with staggeringly low revenues and sales, hence, the Project blended items of everyday utility like wall decors, t-shirts, envelopes and badges with the art to suit consumer interests. Contrary to their traditional sales channels, online platforms including e-commerce websites like Etsy have redefined the way this art reaches to the commoners. Sales are also facilitated through active social media handles of Kitabat.

The reach of offline channels had also become stagnant over time owing to lack of awareness and incentives for consumers. For this, Project Kitabat helped the Katibs set up stalls at various college fests and cultural festivals. Stalls set up at the Urdu Heritage festival, Jashn-e-Rekhta and multiple
college fests like Ecocracy, Jamia Millia Islamia, have provided the much-needed exposure and sales to the Katibs, through highly engaging channels of live calligraphy and product sales increased manifold.

The rudimentary aim of popularising the art form is kept alive by releasing regular informatory posts through our social media handles and coverage by widely-recognised media houses like The Times of India, Turkish Radio and Television (TRT) World, The Quint, Doordarshan National, etc.

Furthermore, Collaborations with various government institutions and NGOs like Purani Dilli Walon Ki Baatein have helped to provide a constant income source to the Katibs. The team’s efforts were acknowledged and lauded upon by Qamar Dagar, a globally renowned calligrapher who signed up as their project mentor.

Starting with just one Katib, the Project has now expanded their beneficiary network tremendously and now has 11 katibs whose lives have been positively impacted by the project with their monthly revenue increasing by over 60%. With the team’s assistance, these Katibs now organise workshops and impart their skills to the upcoming generation.

“The Project has achieved remarkable feats in such a short span of time, and has even been recognized and appreciated by our Honourable Prime Minister Shri Narendra Modi, Vice President of India Shri Venkaiah Naidu and multiple prominent personalities. This has given us the opportunity to scale our project, showcasing our social agenda to the world, making them realise the worth of such artforms and talents of such artisans, and that has been the major takeaway from this Project. Our team set out to change the lives of people and it is beautifully encouraging to see it materialise successfully through Project Kitabat.” 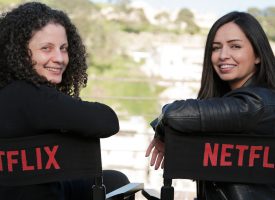 Netflix to Shower Entertainment in the Middle East with Arabic Originals 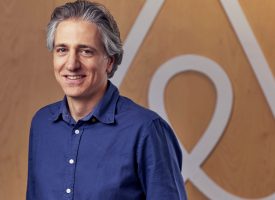 Airbnb to launch a MENA version in Arabic 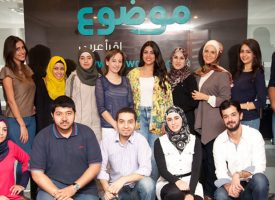