The google definition of media is the main means of mass communication collectively broadcast, print and internet. The main aim of Media has always been to educate, inform and entertain people however the entertainment aspect has taken over the remaining two in recent. Media being an important tool of development has done a lot of good but looking at a few loopholes in their functioning Here are a few wrongs done by the them in the last few years having a bad impact on the society.

This issue isn’t just bound to the Indian media but stretches world wide with Priyanka Chopra being asked about her intimate relationships with her male co-stars while other male actors like Irfan Khan and Anil Kapoor just being asked about their experience in Bollywood. The issue was first taken up Buzzfeed India showing how sexist and regressive media can get.

There are times when there are more fake news being broadcasted on the news channels than being forwarded on WhatsApp. Be it 2000Rs GPS note or any false news of development by any state government or fake statistics or facts presented on a talk show. Also the surgical strike was known for having various loopholes in it. There have recently laws being implemented instructing the news channels to verify the social media content before broadcasting it on their channels.

Most of the time the not so needed sensational news are broadcasted trying to divert the audience from real issues of importance. The Padmavati mess distracting us from the 300000 Farmers Protesting from all over the country with 150000 farmers committing suicide was the biggest example of it as no but the issue not a single channel spoke about the issue. One of the other big example can also be of the Tanmay Bhatt snapchat controversy wherein only a 24-hour visible story seemed to be more important than other issues of floods in other states.

The important issues of Syria or Burma or even the ones happening in our own country like the Punjab’s drug addiction issues are nicely ignored and kept under wraps or behind the curtains to give the spotlight to the stars visiting the famous Bandra restaurants with their alleged “dates” for which none of the intellectuals of the country have any interest in.

Almost all news channels in today’s time are known to be biased taking either the BJP or Congress side irrespective of the truth of any issue. The BJP side journalists will appreciate the central government for the smallest development in the country be it or not the efforts of the central government or no. The Congress supporters will blame each and every step taken by the Central Government, however this is just what we see on screen and we have no knowledge of the behind the scene stories.

Social Media being the roots

Don’t we all find those fake “WhatsApp” forwards annoying? However, these aren’t just from WhatsApp but also all social media platforms from Facebook to twitter. Photoshopping, added voice overs all of these contribute to the fake news being spread all over, unfortunately faster than the print or broadcast media.

Its high time that media understands that the audience isn’t dumb and wont’ buy any irrational news from them and raise their standards in lines of authenticity and priorities.

What are your thoughts on the entire media functioning? Are you satisfied with the way present day Media’s functioning? Let us know in the comment section below. 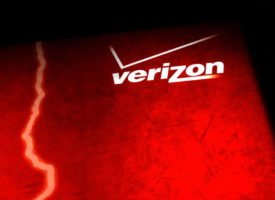 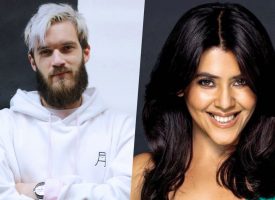 The Battle of the YouTube giants – PewDiePie vs. T-Series