Today we take immense pleasure to be presenting this amazing conversation with Asma Ahmad, the founder of a social impact firm ‘Zaha Experience‘ based out of Dubai.

Last week, one of the representatives of LAFFAZ caught up with Asma in Dubai – knowing about her struggle throughout her personal and professional journey; put forward certain questions which could reveal the complete life experience and entrepreneurial journey of Asma – recorded the same to inspire our readers and viewers, especially women and people who experience cultural isolation globally.

Zaha Experience, a social impact firm that brings together people from different cultures, nations and ethnicities to meet, interact, bond and reshape the way one relates to each other’s culture. In a way, it helps to preserve the intangible heritage of cultures and to provide a searchable directory of human stories online.

Asma was born in the Gulf to a large family and parents of simple backgrounds who were forced to move back to Palestine when Asma was only seven. They left empty-handed because of war. Her family hustled through cultural isolation, financial hardships, cultural isolation while they tried being part of the community, but they were not welcomed and couldn’t immerse themselves into the new system as they developed different sorts of mannerisms while living in Kuwait.

Asma found solace in studying and working hard with a dream of bringing the change to her life and her family; while her family was busy trying to earn a living and manage her educational expenses. She scored good and got her spot among the top 10 in her high school that helped her secure a full scholarship and pursued Bachelor’s degree in Computer Information Technology at the Arab American University of Jenin, Palestine.

In 2006, a very young Asma started her professional journey as a supply chain officer at Procter & Gamble, Palestine for a year and switched to the position of a coordinator at DAI, an international development company and worked there for more than one-and-a-half year. All this time, she worked out of her comfort zone and again earned a full scholarship at the University of Bath, UK in 2009.

She moved to the UK to pursue her MBA, but things weren’t as simple as she desired. There she experienced cultural isolation of higher intensity. Eventually, she felt dejected and pondered over dropping out of the university and move back to her home. But, out of her promise that she made to her mother, she pushed herself through all the dejection, continued on her path to study whilst sharing her construct and culture with her colleagues that helped her stand tall and eventually build a safe space for herself. This time, her hard work and struggle really paid-off well as she got nominated for the Women of the Future Awards along with other four women in the UK.

In 2010, Asma returned to Palestine to progress on her career path and at the beginning of 2011, she joined one of the top four consultancy firms in Palestine and worked there for more than two-and-a-half year.

In 2013, she moved to Kuwait to join Ernst & Young as the training solution cluster leader for MENA region. She synchronised herself with the overall quality management procedures of the company and worked there till 2016 and joined Grand Thornton LLP, UAE as a senior manager.

In July 2017, the lady left the company she was working with and started imagining a solution to the problems which she and her family faced for years; and found her breakthrough with Zaha, the very social impact firm that she is known for.

Her life experience, knowledge and interest in learning about different cultures with empathy helped her accumulate people from multiple cultures and build a whole community around Zaha.

And the final word of Asma to LAFFAZ that echoes her power and struggle as an inspiration to every entrepreneur irrespective of the gender, sector or goal…

“Nothing human is alien to me. It is a motto I live by. It articulates my curiosity about anything and everything that is related to human interactions and how we ‘homo sapiens’ evolved and still evolving. Even when people I interact with do something that is not necessarily pleasant, I would still approach it with curiosity to understand where people are coming from rather than react to it.”

Asma’s story is one of the most inspiring stories of women entrepreneurs that I’ve come across until now. She is indeed an ideal example of a woman leveraging her problems and struggle as a weapon for breakthrough and bringing a drastic change not only in her own life but also offered the same to others in the form of a platform – making use of technology for social concerns and bringing people together. Her story teaches us empathy. Always have empathy for others, and the next time you come across anyone judging or downcasting you, try to understand from where the person is coming from in life, be humble and bring the change – the magic will happen!

P.S.- If you’ve found this interview worthwhile, don’t just keep it to yourself, and make sagacious use of it by sharing with family and friends. 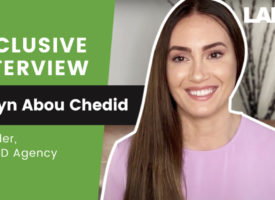 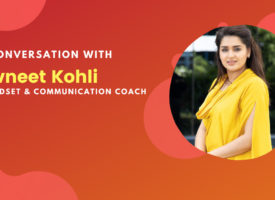 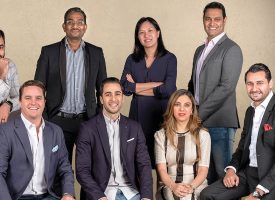