Home / Interviews / Exclusive Interview: Kelly Lundberg on how she made fortune as a Celebrity Stylist & Business Mentor

A week after the International Women’s Day 2020, a representative of LAFFAZ met Kelly Lundberg in Dubai to know about her career and how she stepped up towards making a fortune for herself – from creating her first company, becoming a renowned celebrity stylist, an entrepreneur, author, business mentor and on top of that a role model for aspiring entrepreneurs especially women and people working in the domain of fashion. We are also humbled to be counting Kelly among our list of ‘35 Most Influential Entrepreneurs of MENA – 2020‘ on the occasion of the International Women’s day 2020.

The award-winning celebrity stylist, business mentor, speaker and author has nothing left to be existing under her belt. Kelly actively takes on stages across UAE, New York, London, Milan and more as a keynote speaker to inspire people to become the versions of themselves. Starting her career in 1996 to this present day, Kelly has built a remarkable presence across the globe and considered as an influential voice in the domain of fashion.

Awarded by Lloyds TSB for creative promotion, then Communicator of the Year at Scottish Fashion Awards 2013 & 2016.

Lundeberg was also a finalist for the Most Stylish Female at the Scottish Style Awards 2011, a finalist in the People’s Choice and Most Admirable Business Woman at the SME Advisor Awards. She was also nominated for Female Entrepreneur of the Year award twice by Your Business Magazine in 2008 and by SME Advisor Magazine in 2010.

Kelly has also been featured on a number of international magazines and publications including Grazia, Harper’s Bazaar, hello!, Ok!, Huffington Post, Entrepreneur.com, InStyle and The Sunday Times among others.

Starting her career in 1996 as a senior sales representative at Next Group PLC in Edinburgh, UK, Kelly moved to Dubai in 2003 and there she started working in the cabin crew of Emirates Airlines. At that time Kelly was only 22 and had really big dreams and entrepreneurship always a big part of her interests.

Lundberg in 2005 launched Middle East’s first online styling agency called StyleMeDivine which she cherished working for 12 years and sold it in 2017.

Her desire for starting a business and witnessing great success with StyleMeDivine led her to write her first book Success in The City in 2009, a bestseller in which Kelly represents 20 testimonials elaborating the highs and lows of setting up and doing business in the lavish ‘Silicon Valley of the Middle East’ Dubai.

Kelly’s next title How to be a Personal Stylist came in 2013, again a bestseller in which through her personal experience she takes the readers through the process of setting up a niche in the style and fashion domain. The book encompasses Kelly’s very own ‘7-step stylisng formula’ reflecting her journey and inspiration of becoming a top stylist.

The evolution of S.Academy came from Kelly’s first business StyleMeDivine only. Over time her skills, years of hands-on and portfolio of working with a number of stylists and entrepreneurs paid off. She transitioned to the S.Academy where she creates a number of training programs for entrepreneurs and stylists to help them build their personal brands, create business strategies and brings clarity to them at every stage. Kelly is also a renowned stylist for a number of celebrities and huge brands including Chanel, Louis Vuitton, Harvey Nichols – empowering their employees through her expertise and helping them become the best version of themselves.

Throughout the interview, Kelly laid stress on the significance of building a personal brand and having a clarity piece, which is indeed the key behind her success – resulting in more sales and more importantly better relationships with people and customers. Knowing where to start and where to go next is something every aspiring entrepreneur needs to assimilate.

And the best thing that she said at TEDx back in 2016, something that is totally aligned with the dreams of the millions and billions of people on earth, especially youth and women,

“Time is not something that we can ever buy-back, so we need to make the days that we have left count. Live life how you intend, and not by accident.” 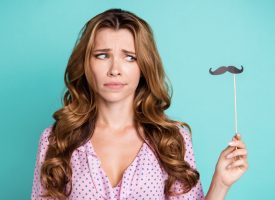 Facial hair removal at home – Is it Possible? 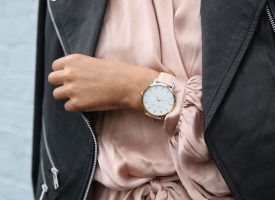