A couple of hours ago, Paytm tweeted to affirm that the existing Paytm users with installed Paytm app on their android devices can continue enjoying the service, and that their money is safe. The company also claimed that the Paytm app will be back soon on Google Play Store.

However, various users have already come up reporting the issues that they are facing while using the Paytm app.

Considering user feedback, Paytm app is seemingly not working properly. On the other hand various users have also posted their respective opinion in reply to Paytm’s tweet.

Google also highlighted that Paytm app leads consumers to an external website that allows them to participate in paid tournaments to win real money or cash prizes will also be deemed in violation of its Play Store policies.

“Google Play is designed to provide a safe and secure experience for our consumers while also giving developers the platform and tools they need to build sustainable businesses. Our global policies have always been designed with that goal in mind, considering the good of all our stakeholders.”

“We have the same goals for our gambling policy. We don’t allow online casinos or support any unregulated gambling apps that facilitate sports betting. This includes if an app leads consumers to an external website that allows them to participate in paid tournaments to win real money or cash prizes, it is a violation of our policies.”

“We have these policies to protect users from potential harm. When an app violates these policies, we notify the developer of the violation and remove the app from Google Play until the developer brings the app into compliance. And in the case where there are repeated policy violations, we may take more serious action which may include terminating Google Play Developer accounts. Our policies are applied and enforced on all developers consistently.”

“We actively engage with our developer community for feedback while we define and refine our policies. Together, we will continue to create a safe and secure mobile app ecosystem for everyone. For more details on our policies, please take a look at our policy page which provides more details on the types of content in which regions are permitted.”

One of the lead tech news platforms, TechCrunch in a report has highlighted,

Previous seasons of IPL, which last for nearly two months and attract the attention of hundreds of millions of Indians, have seen a surge in apps that look to promote or participate in sports betting. While sports betting is banned in India, fantasy sports, where users select their favorite players and win if their preferred teams or players play well, is not illegal in most Indian states.

A person familiar with the matter told TechCrunch that Google has also asked Disney+ Hotstar, one of the most popular on-demand video streaming services in India, to display a warning before running ads about fantasy sports apps.

With a valuation of $16 billion, India’s fintech giant is the most valued startup in India. The company apart from other fintech players like Mobikwik, Flipkart’s PhonePe and others, also competes with Google Pay, the payments and e-wallet arm of Google.

At the end of August 2020, Paytm faced a data breach claim from Cyble, an Atlanta-based cybersecurity firm that claimed that a hacker named ‘John Wick’ gained unrestricted access to Paytm Mall’s (e-commerce arm of Paytm) database by uploading a backdoor on the Paytm Mall’s website. 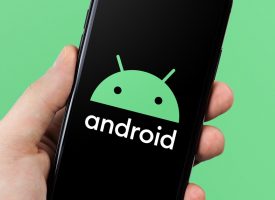 Most effective ways to recover data from a dead Android phone 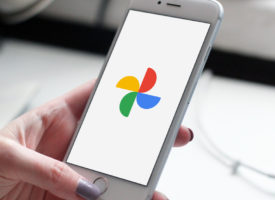 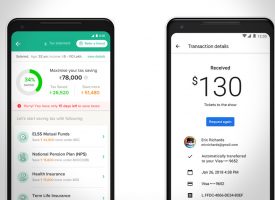