The fresh funding round of India’s fintech dragon Paytm has turned its valuation to $16 billion. As reported by Livemint, the round was led by existing investors including Softbank, Ant Financial of Alibaba Group and Discovery Capital; along with a new one, T. Rowe Price Associates.

The company will utilise the fresh funds to extend its services to tier II and tier III cities in India; and invest ₹10,000 cr. in the next three years to specifically tap underserved regions – whilst keeping up with the major competitors including Google Pay and PhonePe.

As said by Vijay Shekhar Sharma, the founder of Paytm in a tweet earlier today…

Today, we open next chapter in Paytm’s journey of India’s financial inclusion. We commit to invest additional ₹10,000 crore to serve financially unserved / underserved.
Thank you for your guidance and support.
Dedicating it with my school time favorite Jai Shankar Prasad poem:

According to RBI, digital payments have been shot up five times since 2015 to 22.4 transactions per person in the year ended 31 March. And according to NITI Aayog, the market is expected to expand to $1 trillion by 2023. This clearly signifies the positive growth of digital payments in India – at the same time creating a benchmark for Paytm who is currently lagging behind Google Pay and PhonePe in UPI transactions. 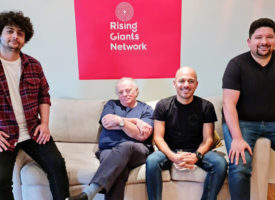 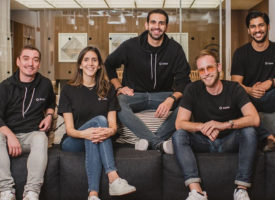