Hello Ladies! Will love and greetings from Laffaz, a very very happy women’s day! I’m here today to share my side of view on the International Women’s Day.

Just as there exist special days to signify or commemorate everything and anything, we have a day celebrating women. One might ask that if we wish to live in an egalitarian society we should not have a special day celebrating just one sex, we should either have one for all or none.

But hear me out, whatever many millennials may like to believe, women historically have had tougher lives. Despite longer lifespans, despite not having to compulsorily volunteer in the army during war, women got lesser freedom. There is no point of a long drawn out life when it is a life of suffering. They were subjected to more atrocities, they were discriminated, and they weren’t allowed to seek redressal. The ill-treatment was normalised to such an extent that women themselves accepted it (and still do) as a part of life.

It is for this reason we have Women’s Day or laws that blatantly favour women. Because women need that extra push, that partiality, to finally get justice and be recognised for their contribution to society as friends, colleagues, daughters, sisters, and mothers.

The first Women’s Day was held in New York on February 28th, 1909. It first gained popularity amongst socialist and communist societies. In March 8 1917, when women gained the right to vote in Russia, was when March 8 was declared as a holiday to celebrate women empowerment each year. This however stayed within socialist and communist circles until 1975, when the UN officially adopted it as International Women’s Day.

Ever since then, many countries observe 8th March as a public holiday. Some countries while don’t officially have a holiday for it, nevertheless, celebrate it at a small scale, with men and boys giving gifts to the females in their lives.

Ever since 1996, each year the UN has a theme for Women’s Day. The point of the theme is to put emphasis on some aspect of women’s rights or to lay focus on a specific women related issue. This year the theme is “Think Equal, Build Smart, Innovate for Change”. It is to empower women by making them aware of all the rights they have and making public services more accessible.

It may also come as a surprise, but the countries having an official holiday for Women’s Day include Afghanistan, Kazakhstan, Turkmenistan, Uzbekistan, and even Nepal. I myself couldn’t wrap my head around the irony of Afghanistan celebrating Women’s Day. It is probably in memory of Afghani women’s far more liberal past.

Like Women’s day we have, Rosa Parks Day, Helen Keller Day, Nupi Lan Day (celebrated in India) amongst others, all commemorating a turning point in the Women’s Rights movement.

In a BuzzFeed interview Emma Watson once said,

“We think we live in a post-feminism society and we do not.”

Feminism wasn’t a movement in the past, it is ongoing. Of course the changes in the past 2 decades have been drastic and done a lot to improve women’s plight all around the world. We are definitely a lot closer to equality than we were ever before but we’re not there yet.

The kind of discrimination and sexism we’re going against right now is far more subtle. It is the consequence of years and years of patriarchy. It’s the kind that we don’t notice and many of us have accepted ourselves. It is the same reason we find women going against women. Because some women are ready to accept and even defend a far lower standard of equality than others.

Just like we, men and women, together have brought ourselves to this phase, this level of liberation; we will, in due time, overcome the other challenges that get in the way of equality.

I always say days, movements, or issues like these need not be restricted to women. Rather, we should celebrate days which promote unification. A women’s issue is a society’s issue, women are part of the society. So I encourage all men and boys to acknowledge and cherish the contribution women have in their lives. Don’t make Women’s Day a mere status on some social media. Hopefully, we even come up with a Men’s day of sorts, where we acknowledge and celebrate the infinite and immeasurable contribution of men in our society.

Give a shout-out to the important women in your life, in the comments down below ⬇︎

A very very happy women’s day to you again ladies! Enjoy it to the fullest. 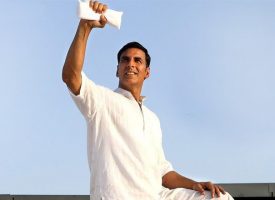 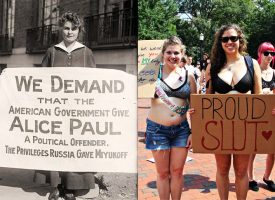