Mubadala Capital on Monday announced the launch of its first MENA-focused tech investment funds. With a total of $250 million, the funds will capitalize on the growing startup scene in the region while empowering tech talent in the region.

The Mubadala MENA tech funds include a $150m “fund of funds” programme that will invest in 15 venture funds committed to supporting Abu Dhabi’s Hub71 ecosystem. A further $100m fund was set aside for direct investments in early-stage tech companies in either enterprise or consumer sectors. The fund aims to invest in a portfolio of 15 companies.

“After 10 years of investing in tech companies around the world, the time has come to leverage the experience and expertise we’ve gained for the benefit of our home market,”

“The MENA funds will drive the economic development of Abu Dhabi by stimulating tech investment activity. There is a huge amount of untapped potential in the UAE and the wider region and we are on the right path to foster more home-grown innovations, attract exceptional talent and accelerate the evolution of a flourishing tech industry in the emirate.”

As part of this program, Mubadala Capital also announced that it will commit to three funds as a part of its first funds cohort – San Francisco-based Data Collective Venture Capital (DCVC), Middle East Ventures Partners (MEVP) and Global Ventures.

Mubadala Capital is the financial investment unit of Abu Dhabi’s strategic investment arm, Mubadala Investment Company. It invests in venture capital, as well as private and public equities. Its fund of funds will commit to three funds as a part of its first funds cohort — Data Collective Venture Capital in San Francisco, Middle East Ventures Partners and Global Ventures.

Mubadala Ventures is already investing in the US, using capital from its three existing funds including a $400m direct fund and a $200m “fund of funds” programme. It has also committed $15bn to SoftBank’s first iteration of its Vision Fund.

Last year, the company launched a $400m fund to target investment in European tech companies and started Hub71 in Abu Dhabi Global Market, the emirate’s international financial centre, to encourage early-stage start-ups to set up shop in the capital.

During a speech at the FinTech Abu Dhabi Investor Forum, Mr Ajami said Mubadala has invested in 20 technology companies and 16 venture capital funds via its US commitments and in two companies and three funds in Europe. It has also made investments both directly and via funds into Chinese ventures.

“We are not looking for a company that is just going to build product that serves Abu Dhabi or [the] region, we are looking for companies that have potential to grow globally,”

The first investment from Mubadala Capital’s new direct fund is in Bayzat, a Dubai start-up that helps small and medium-sized companies automate key business functions such as HR administration, payroll processing and health insurance. Bayzat, one of the first companies to set up in Hub71, raised $16m in Series B funding from regional and global investors including Mubadala Capital and Point72 Ventures. The company has now raised a total of $31m and plans to use the capital to invest in its technology and customer experience.

Mahmoud Adi, chief executive of Hub71 said the funds’ launch would have a “massive” impact on the start-up scene in the region.

“It is a historical moment for the entire industry and the impact will be seen in the short, medium and long term where we will see lot more founders, a lot more deals happening and also companies going global from the region.”

There are currently 18 companies operating from Hub 71 and by the end of 2019, 20 to 25 firms are expected to be based at the facility, he added.

He added that WeWork, which announced plans to open its first UAE facility in Hub71 earlier this year, “will be up and running and operational in January”. 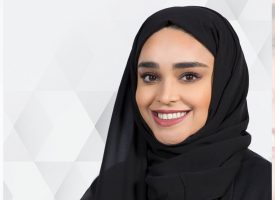 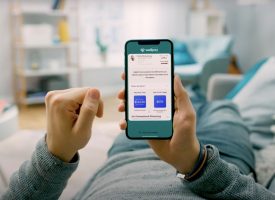 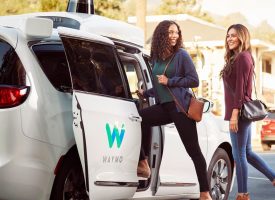