If we were to say Muslims are far from Islam both in understanding and implementation, it would not be an exaggeration. From recognizing the Purpose of Creation to comprehending the Purpose of Shariah (Islamic Law), commonly spelled as Sharia. The general understanding of the majority of Muslims is observed to be flawed. While that’s not in the absolute sense, this is what a birds-eye view of Muslim communities would suggest. Rarely would you find a Muslim especially in the Indo-Pak Subcontinent who can establish his understanding of Islam based on Quran (God’s Book) and the way of his messenger Muhammad (Peace be upon him)? And it would be even rarer to find the conduct of Muslims at par with that of the Companions of the Messenger, who are supposed to be the ideals for Muslims when it comes to transactions and worldly dealings.

Every individual has adopted an understanding of this divine religion based on his personal reasoning. However, it is the consensus of Muslims throughout ages that whenever they adopt a belief, it has to be on the basis of explicit texts from the Quran and the Sunnah (Sayings, actions, and approvals of Muhammad). There is very little scope for free reasoning when it comes to most fundamentals of the faith. So the claim to a personal understanding of the religion falls apart. Specific personal understandings of the religion would also mean that Muslims don’t have a set pattern in existence to count on with regards to their creed and if we take it a little further Islamic law would also become a subject to debate. That would lead to pure chaos!

IS ISLAM FREE TO INTERPRETATION?

To reform the understanding of people about Islam, the scholars of Islam established principles decoded from the Quran and Sunnah that lay foundations to correctly understand and interpret the divine texts. These rules are encoded in the books of Usul al-Fiqh which is not the subject of this essay. Speaking briefly about these rules, Muslims ought to take the understanding of their religion from Quran and Sunnah. Furthermore, it is incumbent upon them to consider the application of Islam by the four righteous caliphs and the general body of the companions.

Going deeper into the debate, since they believe that God is the All-Wise, the texts that have been revealed to make them understand the religion are to be revered and accepted without question. The Creator speaks about His creation based on certain knowledge, while the creation would just be able to make hypothetical claims based on mere conjecture or at the most some limited research. This is because the limited capacity of the human brain may or may not appreciate all the dimensions of faith. Now, Islam doesn’t claim that all the use of reasoning is wrong per se, but what it impresses is that when it comes to belief, the Creator would be better equipped to reveal the nature of unseen phenomena than someone from the creation.

Being true to understanding the purpose of creation is the most important aspect of the Muslim faith. Allah speaks about it in more than one instance in the Glorious Quran. From saying, “And I (Allah) did not create the jinn and mankind except to worship Me.” (Surah adh-Dhariaat, Ayah 56), to informing mankind in explicit terms that, “[He] who created death and life to test you [as to] which of you is best in deed – and He is the Exalted in Might, the Forgiving” (Surah al-Mulk, Ayah 2), the purpose of human creation has a divine wisdom attached to it. The wisdom is to test people for their conduct, the crux is that humans are here in this world to be tested and they will be judged based on the merit of their actions on the day of resurrection.

With the purpose of creation being just the servitude of the Creator, the question arises how is that station achieved. It is incomprehensible that God created man for a reason and then left him free to choose the path to reach His pleasure. That’s not how a divine religion would work. A religion needs to produce cosmos and push away chaos from human life in order to be true.

Philosophies that can’t help humans to achieve a calm peaceful state where everyone is happy, content and productive, are unlikely to be true or divine. From a Muslim perspective, Allah chose the religion of Islam for man, and there are detailed laws in the Shariah that need to be adhered to. Generally, the scholars of Islam have described worship as doing anything that God gets pleased with and abstaining from everything that displeases Him. Now, note that God loves everything that is just and pure, so God is not the benefactor of human worship. Rather humankind as a community is benefited by good conduct pleasing to God. Example, God loves that humans give out charity, and speak the truth. Now, if you analyze it, the prime benefactor of both these virtuous actions are humans themselves. However, it’s not as simple as that, the Shariah that is a means of worshipping Islam has some major goals, understanding of which would give us an appreciation of Islamic law as a legal and ethical code.

The higher goals of Islamic law

Scholars of Islam have deduced five major reasons for which the Shariah was revealed. The result was achieved after consistently studying Islamic laws to find a pattern in their outcomes. The five higher goals of the Islamic Law are Protection of Religion, Self, Mind, Offspring, and Property. These goals are there to help mankind achieve happiness in this world and the hereafter by adopting all good and leaving all bad.

islam is the protector

Talking about the Religion as a Protector, this is because religion is seen as a main reformer of humankind and naturally there should be laws to protect its proper application. There are various forms of worships that are entailed in this realm, from meditation to ritual prayer (5 times salah), fasting, charity, and Hajj. Consciousness about being judged after death and being accountable for one’s actions has a natural consequence, people become considerate in their actions. Thus, protecting the very foundation on which this feeling becomes a must.  Islam obliges those in authority to protect the sanctity of religion and make it easy for the community to follow.

Why are Sharia Punishments so Harsh?

Islam does not shy away from enforcing capital punishments as a means to hold people back from aggression and protection of life. Islam is a religion that takes the greater benefit into consideration. If killing a murderer or a spy can help in saving a large number of innocent lives, Islam encourages such executions.

Human mind or intellect is the cornerstone of his positive functioning in the society. The mind is responsible both for religious and communal responsibilities. It is the mind that makes one think for the benefit of the society and keeps one away from harm. This is how a healthy mind would function. Therefore, all forms of intoxicants that can harm the good functioning of the mind are prohibited in Islam.

Protection of Human Life & SHariah: Compatible or not?

Next comes Human Life, protection of which is a great goal that Shariah is in place to achieve. Life is a gift from Allah and no one is entitled to destroy it, even for his own self. Also, any reason that leads to loss of life is barred. Example, it’s upon Muslims to look after the poor and the needy and ensure that no one dies of hunger. Charity here has been enjoined to tackle the problems of hunger. Cooperation and helping fellow beings are important things to achieve social solidarity.

Islam is against Free Sex

When it comes to Protection of Lineage and Progeny, Islam has a very strict code of conduct. Islam wants good for humans and the strict laws it imposes should be seen as a blessing and not as subjugation. Islam encourages marriage and terms it as a part of ones’ faith. Islam discourages both fornication and adultery and even prohibits all ways that lead to it. The modern-day feminism is one such example of adultery that is making people blind and unfaithful. Hijab, prohibition of the free intermingling of the sexes, restrictions on dating, the illegality of rape, and forbiddance of women traveling alone outside their city boundaries are laws that help in achieving the greater goal of protection of the progeny.  Now it may seem some kind of oppression of women who have a great role to play in this aspect of the shariah. But once a person accepts that Allah is both wise and just, all skepticism should go away. Islam sees women as soft targets of male oppression and creates boundaries so that her sanctity is hard to be violated. Establishing the need for Hijab and laws governing are a topic for a separate debate.

Protection of Property is another goal that Shariah guarantees to achieve. Islam encourages the moderate gain of wealth and moderation in spending it. Islam is very much in favor of earning with one’s own hands and piling up property that can be used for the general welfare of people including the owner first and foremost.

If understood in the correct sense, Islam is a perfect way of life which ensures guidance in this world and bliss in the next. The only area where Muslims lack is understanding the divine message and implementing it to the advantage of humankind. The Islamic law has always been and will always be the solution to the problems if people accept and start applying it.

Once the barrier of the false understanding of this message is broken, a healthy way of life would no more be an illusion.

This article was first published in the KashmirMonitor.in 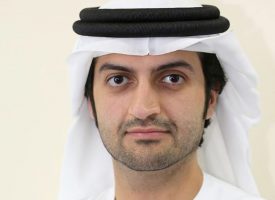 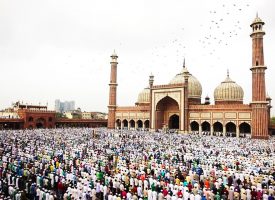 Eid the festival of Togetherness and Revelry 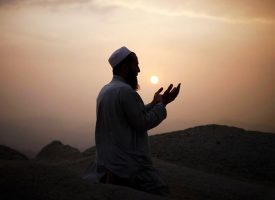