The renowned Arabian singer and composer Abdul Majeed Abdullah is the fourth one in line to be honoured with the Dubai Star after Elie Saab, Bollywood superstar Shahrukh Khan and the Football behemoth Lionel Messi.

Can you guess the next in line to receive our ‘Dubai Star’? We’re happy to announce it is Abdul Majeed Abdullah! The star is now being crafted. Will you come to @MyDowntownDubai to watch this star be unveiled this October? #EmaarDubai #TheDubaiStars pic.twitter.com/VBaHk7ETQu 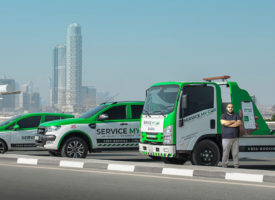