Even though the show aired its last episode in 2013, I began watching The Office a month ago and recently recovered from the grief of the show coming to the end. I was amazed how underrated this masterpiece was. A friend of mine and I just began watching the show on a whim, when we were spending a bored Sunday together. While the show appealed to the same audiences as the famous ones ‘How I met Your Mother’ & ‘Friends’, it did a lot of things differently.

Here’s an analysis of how it sets itself apart from its counterparts.

Even Modern Family and some other lesser-popular sitcoms have adopted this simple yet highly-efficient method of delivering comedy. There’s no laughing track in the background so the audience are left to recognize the funny moments on their own. The actors can be subtle and natural while being sarcastic or snarky. Basically, the fact that the actors don’t have a laughing track to use as a crutch, forces them to be as real and creative while enacting something funny.

A lot of shows and movies end up making romance the centre of its plot around which the rest of the story revolves. Jim and Pam’s story was not like this. Their love story was a part of The Office, not what The Office was about.

Also, their romance seems a lot more mature than is characteristics of couples in sitcoms. They aren’t some couple that is on again and off again, that need a break, that want the excuse to dive into a romantic relationship through the prospect of a Friends With Benefits relationship. The drama between the two is all over in Season 3. The remaining seasons, Jim and Pam are sure what they mean to each other. They are mature adults about their relationship and that is what I love.

While a lot of people like Jim, my absolute favourite of the series is Pam Beesly. Jim is the cool guy, present in some version with minor alterations in every show. But Pam is different. She isn’t just a girl-next-door, she is talented but has shortcomings. She isn’t the cliched cool girl who is one of the boys. She isn’t even some insanely attractive yet dorky girl. Pam is not a type. Pam is a normal woman with a good heart, who has her moments.

Likewise the other females in the lead like Angela, Phyllis, Kelly, Meredith, and Erin don’t fit into types easily. They all have flaws that are very well pronounced on the show. Their physical attractiveness isn’t a cover-up for their failings as happens often in many shows (Hint: Rachel and Robin).

A lot of the characters got on my nerves. Nearly all of them had one or the other thing really dislikable about them. Angela was mean, Meredith was sleazy, Ryan was rude and way too confident of himself and the list goes on. But they all together make a very functional team, that apparently constitutes the best Dunder Mifflin branch, and their mundane story happens to be insanely entertaining.

I found this aspect super realistic because in real life we aren’t all fun, kind people. In our day-to-day lives we encounter people we can’t stand and we might be that for someone else. But we do eventually manage working together.

The show didn’t just get this right. They did a realistic portrayal of other matters as well, like, how the staff has difficulty adopting to new technology or how they find it tough to accept new staff members. The fact that Pam fails art school even though she was a talented artist, could be the story of so many people who took caution to the winds and followed their passion.

An Office is a place many of us dread even thinking of. To take the place that is the stuff of nightmares and make it cool is a feat only few writers can manage. Even though the storyline was taken from the UK show of the same name, it was very clever of the creators to take something ordinary that everyone can relate to and make it so interesting. There was a little bit of everyone’s office in The Office.

The Office is, for now, my most favorite sitcom of all time. It is simple and realistic and best of all. It is a show that isn’t trying too hard. It shows failure, fights, drama, and even office politics; whilst being funny and light-hearted. Despite its easy-going nature, it is a show that leaves an impression.

So… it’s time for you to give The Office a shot. And if you already have watched it then share your review in the comments below ? 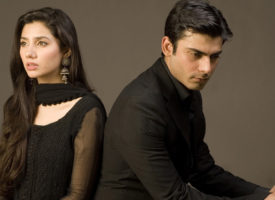 Evolution of Pakistani Dramas – what you need to know 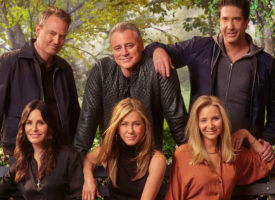 [Shots] Friends: The Reunion breaks Sky One ratings in UK