Elon Musk’s refusal to a Twitter board seat and his desire to acquire Twitter completely has been a global topic since the beginning of the month. On Thursday, Elon Musk proposed $46 billion in a bid to buy Twitter which garnered attention from the company.

Finally, on Monday afternoon, the proposal reached a discussion between the world’s richest man and the microblogging giant, and an agreement that will transact Twitter’s control to Musk for a $44 billion sum.

Speaking of the development, Elon Musk in a statement said,

“Free speech is the bedrock of a functioning democracy, and Twitter is the digital town square where matters vital to the future of humanity are debated,”

I also want to make Twitter better than ever by enhancing the product with new features, making the algorithms open source to increase trust, defeating the spam bots, and authenticating all humans. Twitter has tremendous potential – I look forward to working with the company and the community of users to unlock it.” Musk added

Besides this, Musk in a public statement said that he is not concerned with the economics of Twitter.

“Having a public platform that is maximally trusted and broadly inclusive is extremely important to the future of civilization. I don’t care about the economics at all,”

Big names that supported Elon Musk in his trial for buying Twitter include Jack Dorsey, former CEO who co-founded Twitter in 2006. Dorsey in a statement shared,

“The idea and service is all that matters to me, and I will do whatever it takes to protect both. Twitter as a company has always been my sole issue and my biggest regret. It has been owned by Wall Street and the ad model. Taking it back from Wall Street is the correct first step.”

“In principle, I don’t believe anyone should own or run Twitter. It wants to be a public good at a protocol level, not a company. Solving for the problem of it being a company however, Elon is the singular solution I trust. I trust his mission to extend the light of consciousness.”

“Elon’s goal of creating a platform that is “maximally trusted and broadly inclusive” is the right one. This is also @paraga ’s goal, and why I chose him. Thank you both for getting the company out of an impossible situation. This is the right path…I believe it with all my heart.”

“I’m so happy Twitter will continue to serve the public conversation. Around the world, and into the stars!”

At the same time, concerns regarding the impact of Twitter’s buyout by Musk are growing. While there are huge names all over the world who admire Elon for his move to buy Twitter – making it a public portal for free speech; on the other side, there are people who are concerned about the flipside that dictates – whether: this will plummet Twitter’s content moderation system, the company be soon driven by profit, there be mass employee firing, new algorithms be tricky or challenging for general masses to grasp, and most importantly ‘will the acquisition give too much control of information to Elon Musk’.

Along these lines, Anthony Romero, executive director at the American Civil Liberties Union, in a statement to Reuters said,

“While Elon Musk is an ACLU card-carrying member and one of our most significant supporters, there’s a lot of danger having so much power in the hands of any one individual,”

Deborah Brown, a digital rights researcher and advocate at Human Rights Watch, in a statement to Reuters raised concern over human rights,

“Regardless of who owns Twitter, the company has human rights responsibilities to respect the rights of people around the world who rely on the platform. Changes to its policies, features, and algorithms, big and small, can have disproportionate and sometimes devastating impacts, including offline violence,”

“Freedom of expression is not an absolute right, which is why Twitter needs to invest in efforts to keep its most vulnerable users safe on the platform,” Brown added

“The last thing we need is a Twitter that willfully turns a blind eye to violent and abusive speech against users, particularly those most disproportionately impacted, including women, non-binary persons, and others,” said on Monday.

California-based research firm Equilar has denoted that Twitter’s CEO Parag Agrawal would get an estimated $42 million if he gets terminated within 12 months of Twitter’s acquisition.

It is important to note that Elon Musk in a securities filing on April 14 said that he does not have confidence in Twitter’s management.

Musk in a securities filing on April 14 had said he did not have confidence in Twitter’s management.

“If the deal doesn’t work, given that I don’t have confidence in management nor do I believe I can drive the necessary change in the public market, I would need to reconsider my position as a shareholder. This is not a threat, it’s simply not a good investment without the changes that need to be made,” said Musk

It is being widely opinionated that Musk’s statement regarding Twitter’s management puts Agrawal’s position at risk.

On the other hand, it is worth considering that Jack Dorsey, ex-CEO and currently a board member of Twitter has shown a positive angle towards Parag.

Following the announcement of Twitter’s takeover by Elon Musk, Dorsey tweeted that he chose Parag as the CEO because Parag wanted Twitter to be a maximally trusted and broadly inclusive platform.

“Elon’s goal of creating a platform that is “maximally trusted and broadly inclusive” is the right one. This is also @paraga ’s goal, and why I chose him. Thank you both for getting the company out of an impossible situation. This is the right path…I believe it with all my heart.”

Dorsey on April 5 in a tweet said that Parag and Elon will be an incredible team.

“Parag and Elon both lead with their hearts, and they will be an incredible team,” said Dorsey in a tweet

That was the time before Elon Musk declined a board seat at Twitter and opened up his interest to acquire Twitter entirely. And now since Twitter’s control is going into the hands of the world’s richest man, a lot has been changed.

Now after Musk’s deal with Twitter is coming to a closure, Agrawal in a tweet hinted that Twitter’s purpose and relevance might get affected under Elon’s leadership.

“Twitter has a purpose and relevance that impacts the entire world. Deeply proud of our teams and inspired by the work that has never been more important.”

In an email to employees, Agrawal said that he realized the deal would be a “significant change and you’re likely processing what this means for you and Twitter’s future.”

According to Reuters, Parag in a company-wide town hall meeting on Monday said that the future of Twitter under Musk is uncertain.

Answering a question about whether the former US President Donald Trump would be allowed to return to Twitter, Parag told employees,

“Once the deal closes, we don’t know which direction the platform will go…I believe when we have an opportunity to speak with Elon, it’s a question we should address with him.”

How to promote your startup on social media 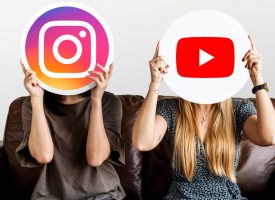