Here’s to this week’s news roundup, featuring the top startup news and stories from MENA and India published on LAFFAZ from 14 to 20 September, 2020.

Alsaree3, a Baghdad, Iraq-based food delivery app and its sister company Al Zajel, have recently closed a 6-figure seed funding round led Iraq Tech Ventures and Shwan Ibrahim Taha, Chairman of Rabee Securities. The company in a press release revealed that the investment round was closed in August. Read More ➜

Edtech unicorn BYJU’S on Thursday (September 17 2020) acquired LabinApp, an edtech startup backed by Unitus Ventures. The amount of acquisition has not been disclosed yet. As a part of the acquisition, Unitus will take exit from the company. Read More ➜

The New York, US-based venture capitalist Endeavor Catalyst yesterday (16 September 2020) announced that it has raised $134 million for its Fund III. The fund focuses on investing in startups founded by entrepreneurs in Endeavor’s network, especially in the underserved markets globally. Read More ➜

Cairo, Egypt-based logistics startup Road Runner, on Monday (14 September 2020) raised a six-figure seed investment from several angel investors. Neither of the funding amount nor the names of the investors has been disclosed by the company yet. Read More ➜

London, UK-based BibliU, an edtech startup on Sunday (13 September 2020) announced that it has raised $12 million in a Series A funding round from UAE-based Spartech Ventures. Read More ➜

Anubis Gaming, a Cairo, Egypt-based startup on Monday (14 September 2020) has raised $300K seed funding from a regional e-commerce group. Anubis was launched in 2015 by Youssef Mohsen to revolutionize the online gaming and eSports industry across the MENA region. According to Crunchbase, the company has secured a total of $750K until now across 4 funding rounds, and none of the investor names is disclosed yet. Read More ➜ 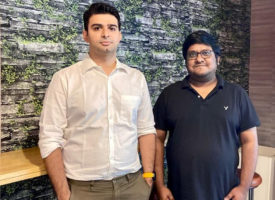